New York was amazing and extremely tiring.  We relaxed by heading off to the New England states, which include Connecticut, Rhode Island, Massachusetts, New Hampshire, Vermont and Maine.  After a nerve racking drive through the Bronx we arrived in Connecticut.

We have driven 6500 miles since leaving California.  We tell our GPS to avoid freeways allowing us to see the nation, the countryside and the towns.  We have only traveled about 500 miles on the freeways.  As such, at times our GPS will take us right through historic downtowns with narrows streets, such as the one below.  While streets are tight, we really get to see the USA up close and personal! 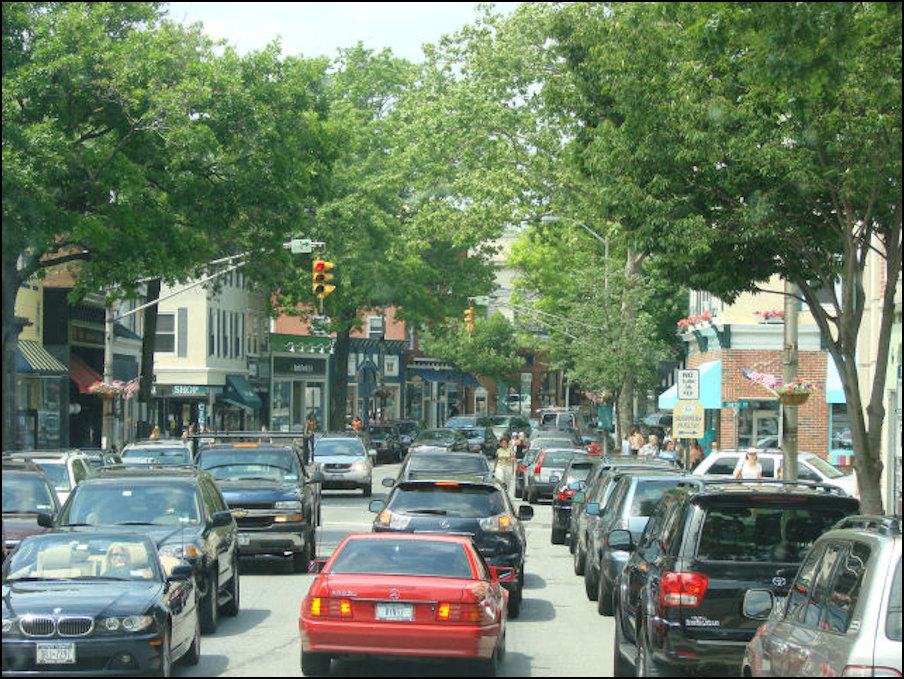 We stayed at a camp in Mystic, CT, a darling little seaport town. 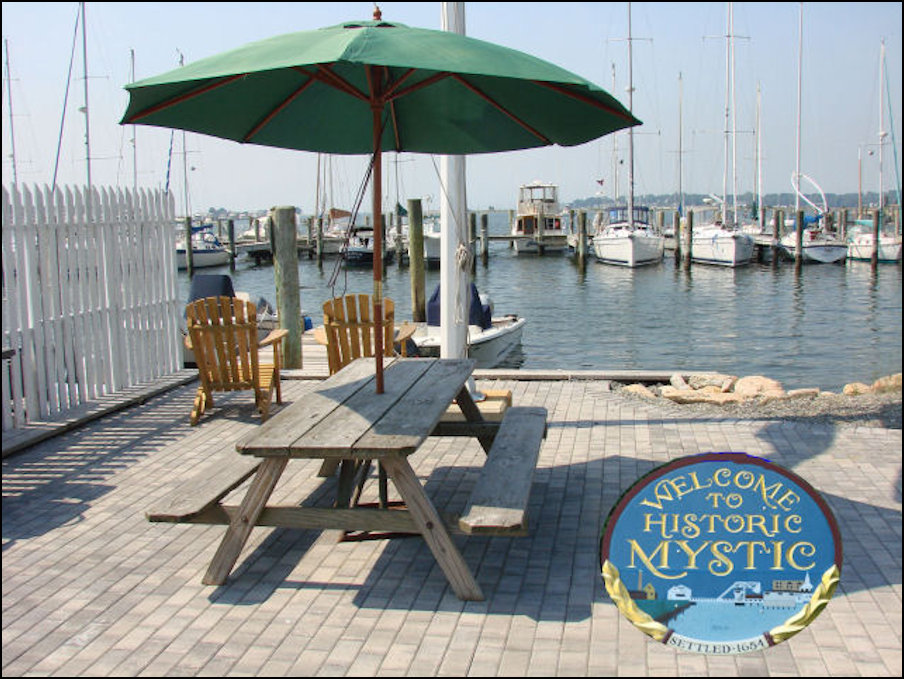 We then headed to Rhode Island, but we blinked and don't have any pictures to show. Next we landed in Cape Cod, Massachusetts.  The Cape Cod peninsula is actually an island.  On  July 29, 1914 the Cape Cod Canal was opened.  It connects the Atlantic Ocean  from Cape Cod to Buzzards Bay in the South. 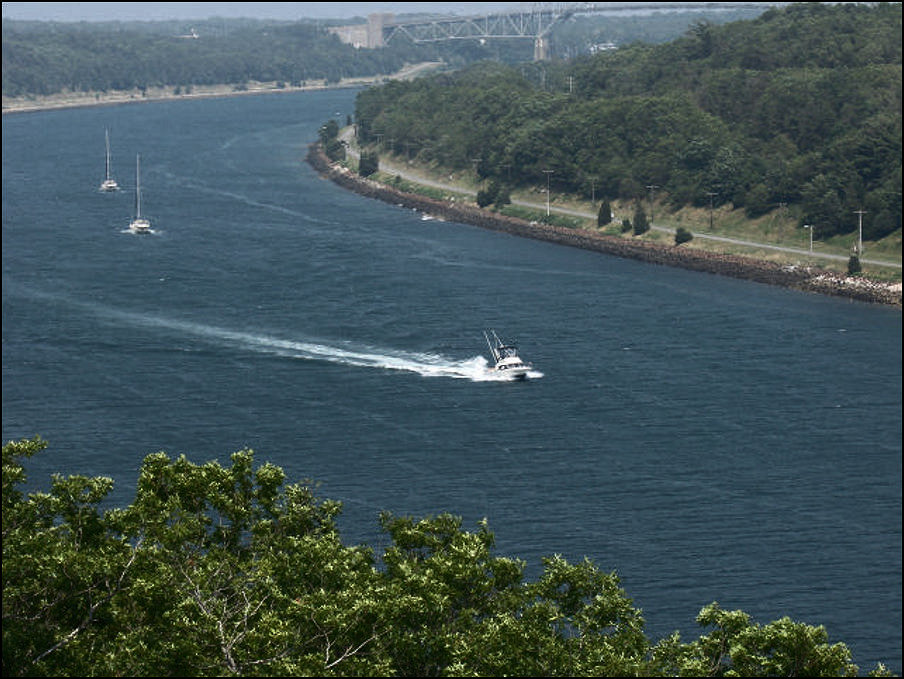 We took the scooter on a 80 mile round trip from South Dennis to the tip of Cape Cod.   The 252 foot Pilgrim Monument is a landmark in Provincetown, MA.  If you get there, be sure to view the cape from the top of the tower. 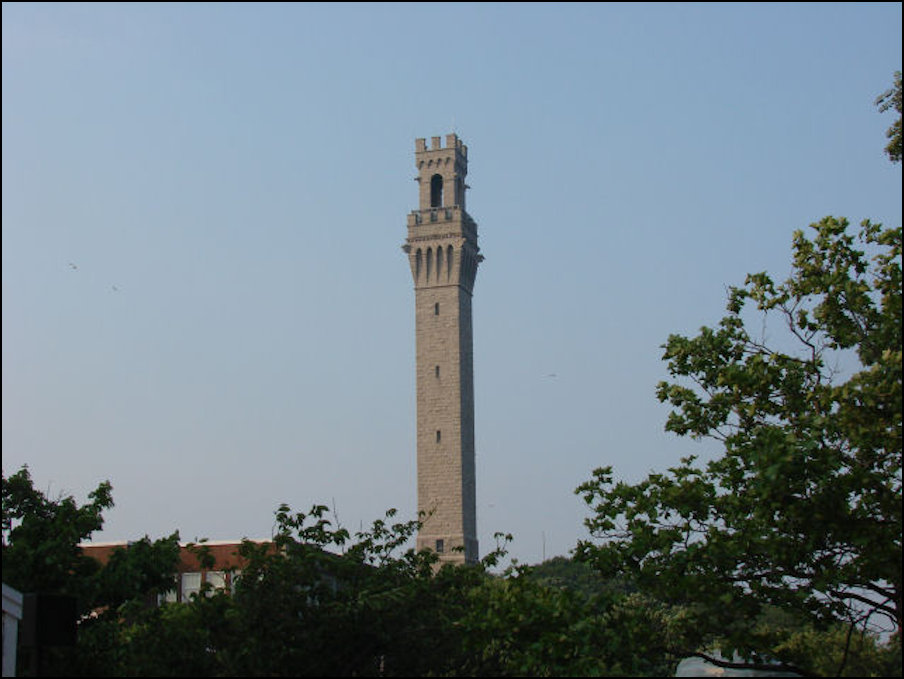 We visited the Plimouth Plantation in Plymouth, MA.  Note that in the 1600's there were no spelling rules and you could spell Plymouth any way you wanted to.  In fact some documents would spell it both ways, even on the same page.  (Relax Sue P., they have rules now!). 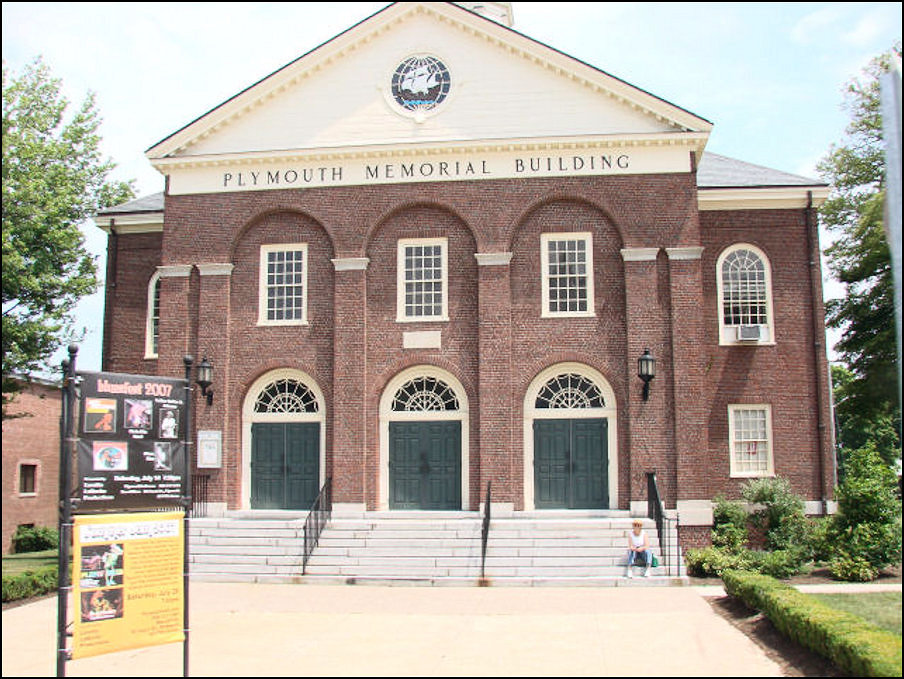 We spent the end of the week with Ellen's cousin Tanya and family.  Below is Bob, Ellen, Tanya and Natalie. 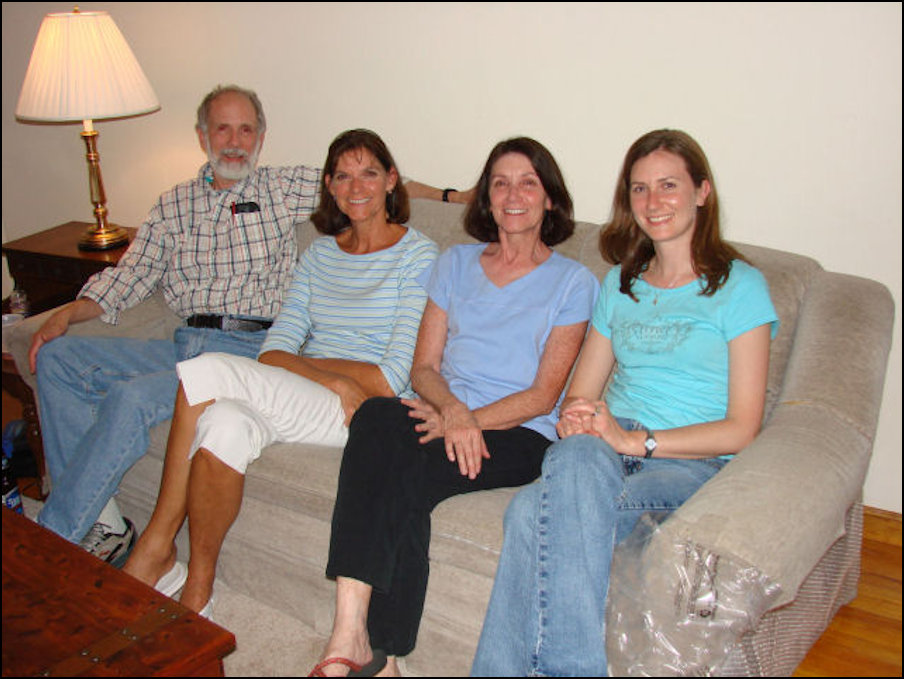 Tanya took us on a tour of the area.  While we spent all day, it wasn't even close to enough time as this area is a living history book of early America.  The American Revolution started 20 miles east of Concord at Minute Man Park and the North Bridge.  This is the site of the "shot heard around the world". 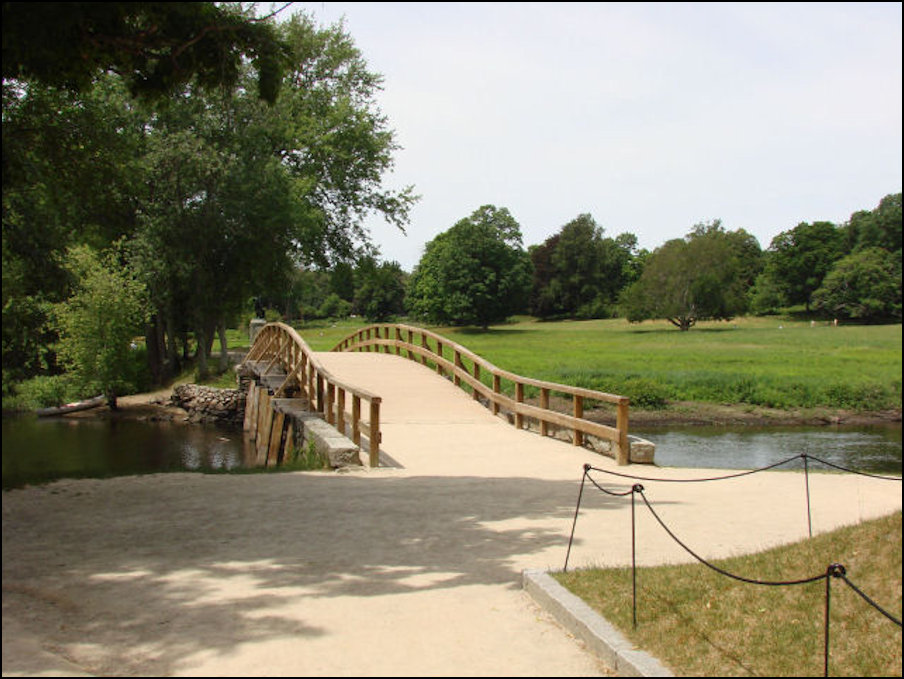 Today this is the peaceful view from the North Bridge. 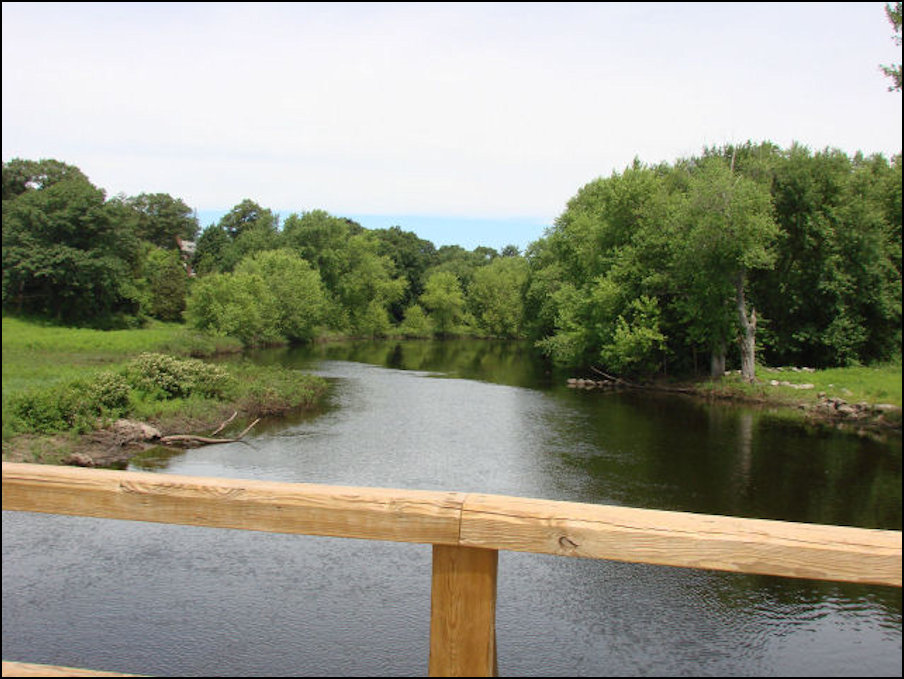 The Colonial Inn, built in 1716 as a home, was later a boarding house, an arms supply house before the war and now an Inn and Restaurant. 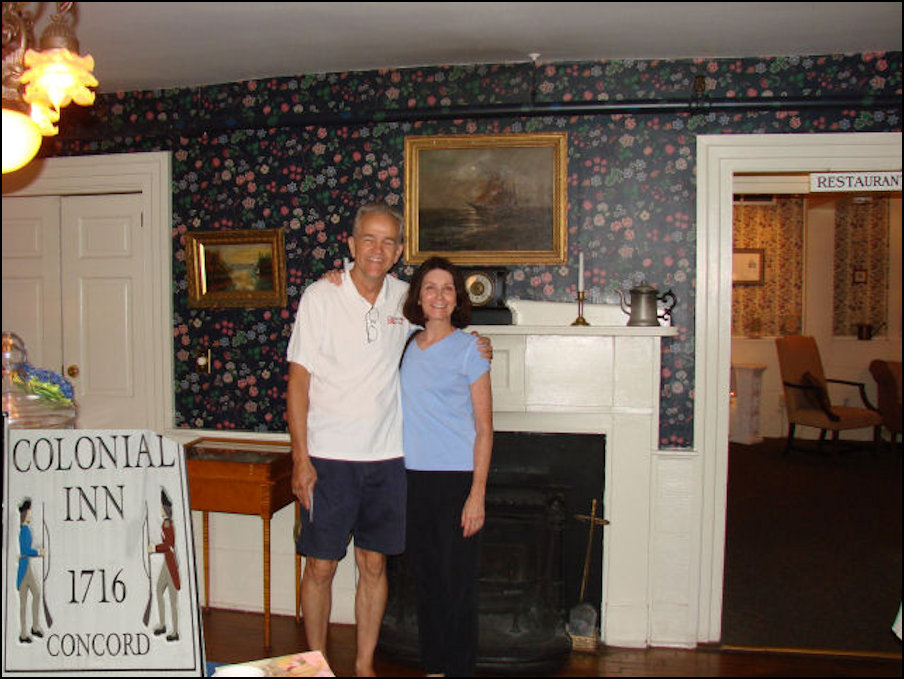 This area of Mass is where many famous authors lived and wrote.  This is the house of Louisa May Alcott, author of "Little Women" and the lesser known "Transcendental Wild Oats". 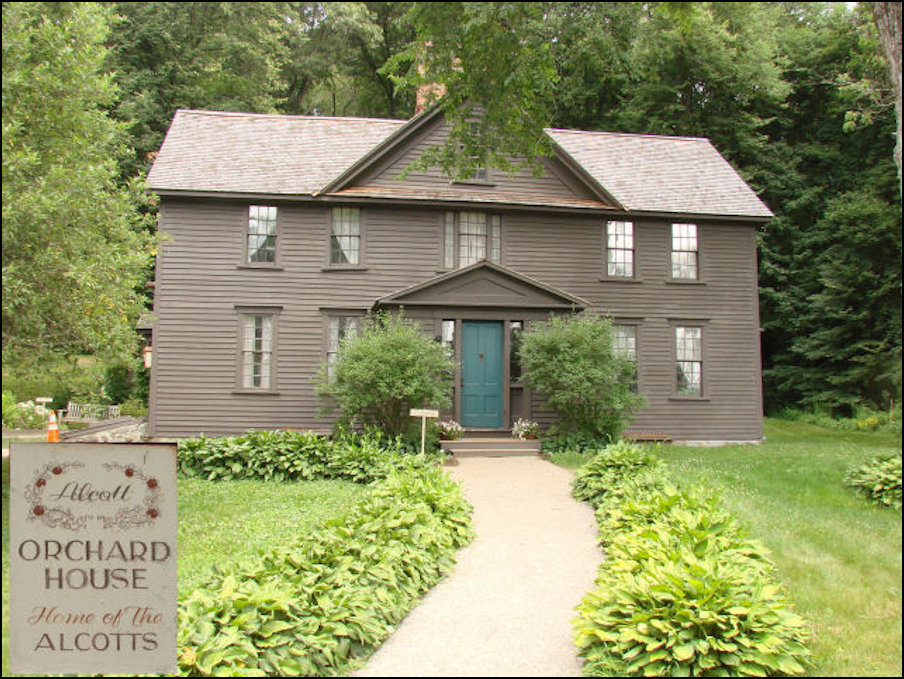 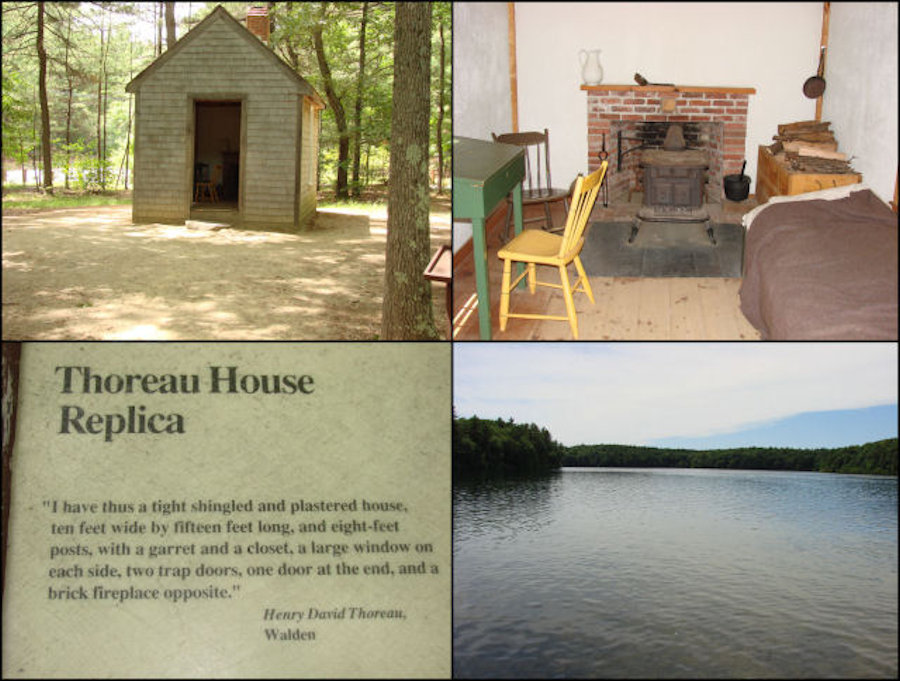 The Grist Mill, a project of Henry Ford.  Henry believed in relaying history with buildings and places not just in history books. 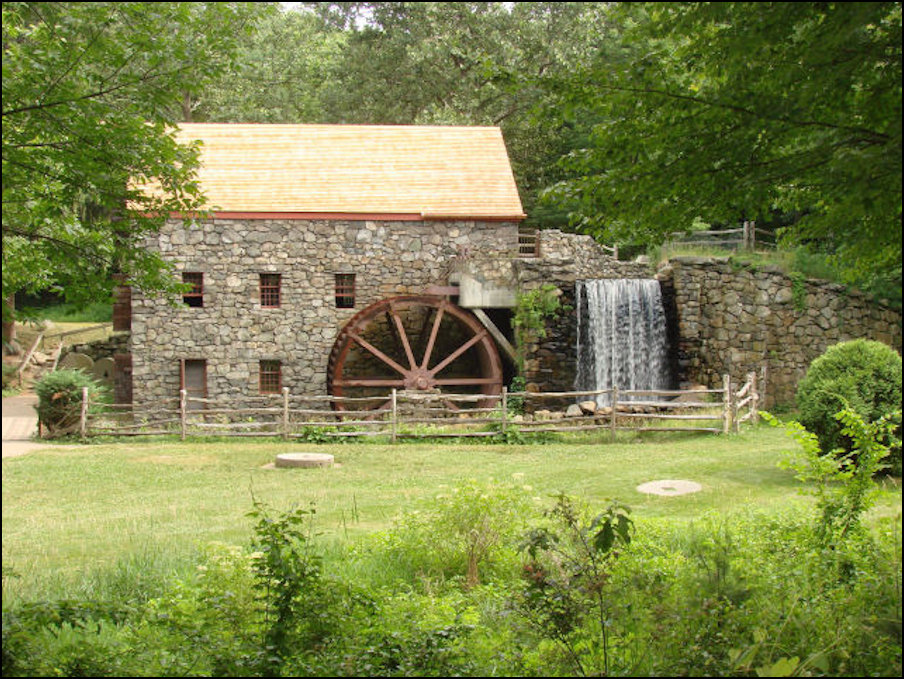 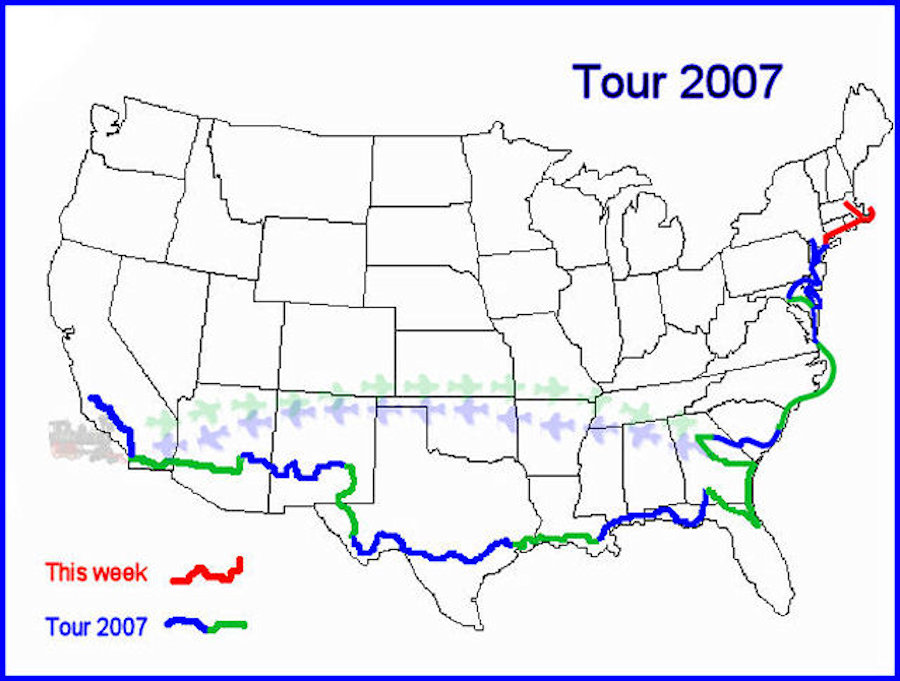 Have a great 4th of July and remember those sacrificed their lives to give us this great nation.  God bless the USA. 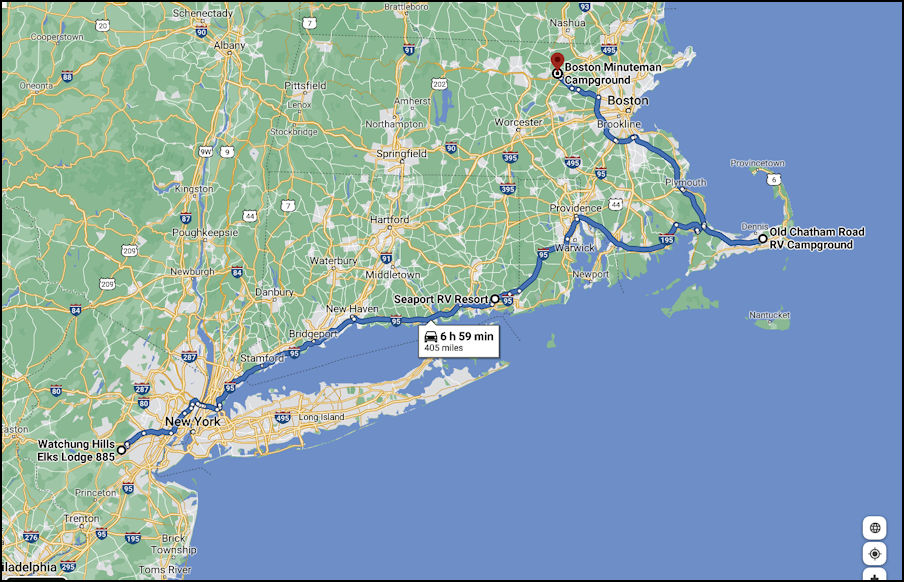 Get a Better Browser    Design by MattsonExpress.com © 1977-2023 MattsonExpress All Rights Reserved. Click to email us
Chat or Message Us