Warm Greetings from the Southeast,

We left New Orleans and headed eastward on the way to Uncle Ron and Aunt Ann's farm in Moultrie GA.  On the way out of the city we toured the 9th ward, the area that got all the attention on the news after hurricane Katrina. The 9th ward is a poor neighborhood and was in bad shape prior to Katrina.

However, Biloxi Beach, Mississippi was hit much harder.  Nine out of ten of the hotels, shops and homes on the beach are gone!  Unlike New Orleans, the folks in Biloxi removed their demolished buildings, leaving only swimming pools, sign posts and other items attached to the ground.  In New Orleans, the damaged buildings, boats and even trash are still there.

We left Biloxi and passed through Pensacola on the way to Carrabelle Beach, Florida. We like to drive the highways, not freeways.  Our GPS led us down Pensacola Beach island to return to the mainland later.  Unfortunately the road to the mainland has been washed out by the hurricanes and does not go through.  We drove down a road being worked on and saw a sign that we thought said, "Road work ends in four miles".  However, after we drove five miles, we realized the sign said "Road work ends in four miles".  We had to back up the motorhome for over a quarter mile before we dared to try an 18-point turn.

At the Carrabelle Beach RV park, we met Hank and Ann from Canada.  Their toad (car you pull) is the European Smart Car.  We wanted to get one of these cars and carry it sideways on the back of our motorhome.  But the US version will be extended a few inches making it too wide to carry legally.

We reached Ron and Ann's farm in Moultrie on Thursday.  They had been smoke-cooking a pig for 12 hours.  We had a fabulous meal and heard great stories.  They live in the house that Ann was born in, where her grandparents lived when she grew up.  Ron took us on a tour of the Tyson Steel Company.  James Tyson started the company in 1976 and was very profitable manufacturing steel buildings in the Southeast.  In 1996 James left the company to his sons and began hunting. He has a collection of hundreds of game from around the world.

On Sunday we went to Ron's church and then headed off toward Daytona Beach, Florida to meet up with our granddaughter Kalonie and her family.

New Orleans home and new sign put up after the hurricane. 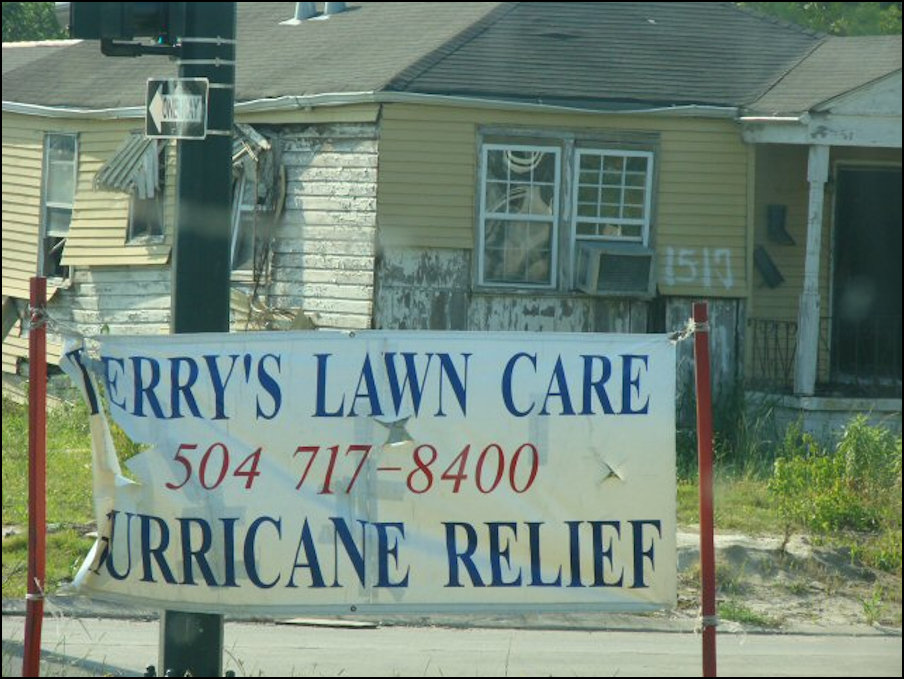 This boat has been sitting on the side of the road for two years! 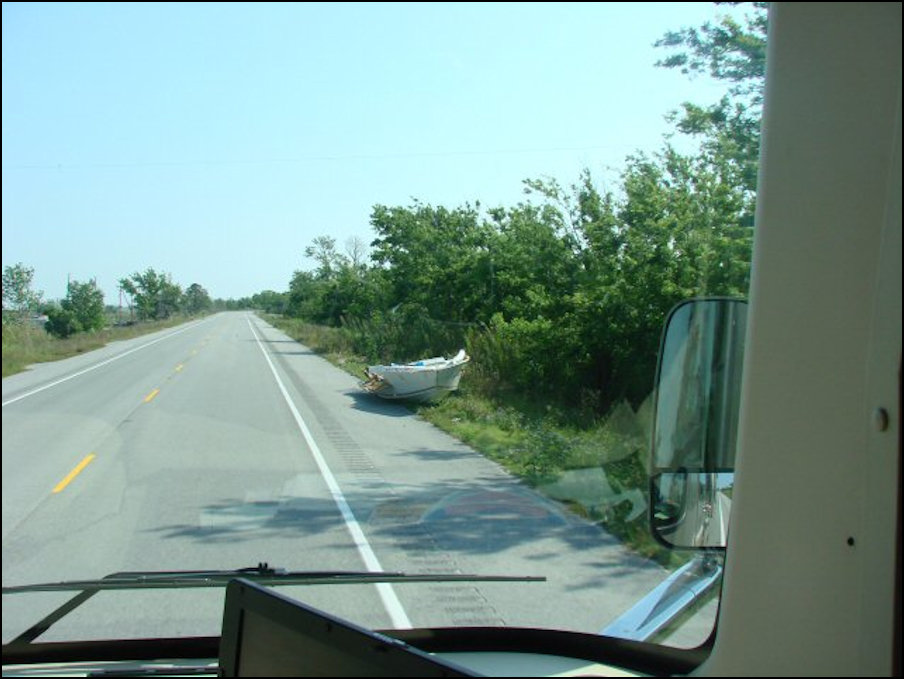 The next two buildings are in Biloxi.  The damaged buildings next door have been hauled off to the dump. 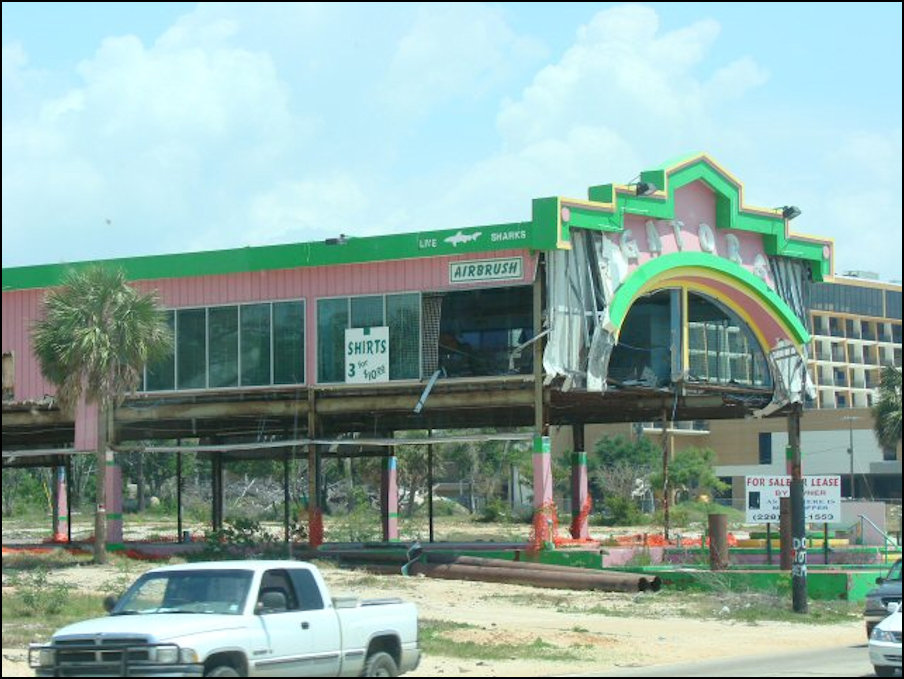 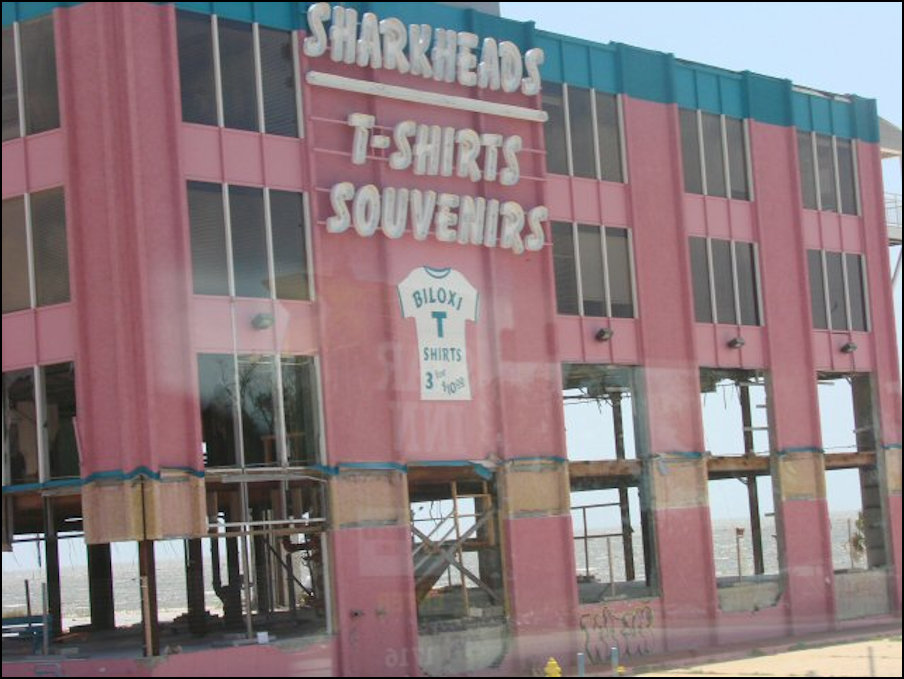 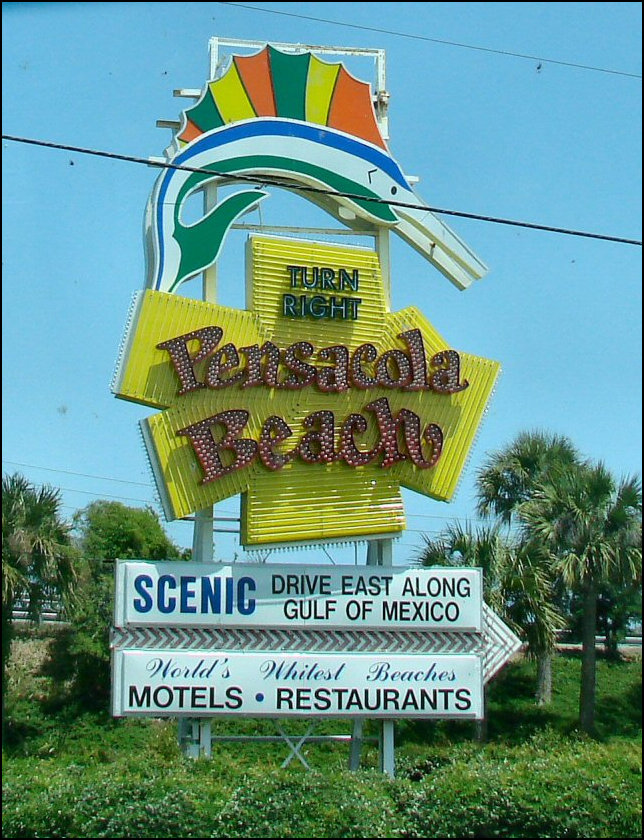 This was the end of the road on Pensacola Beach Island. 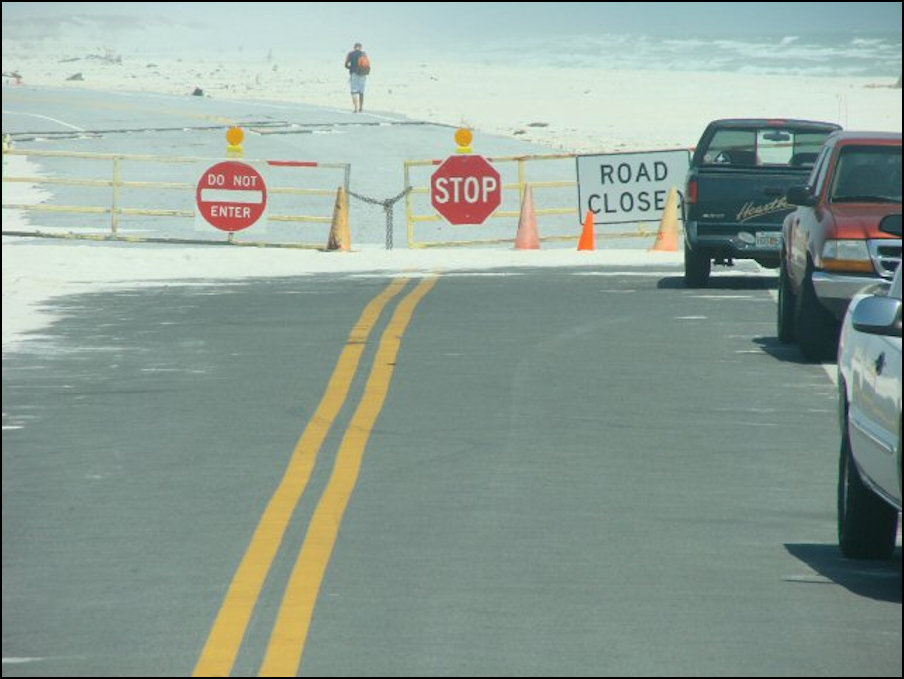 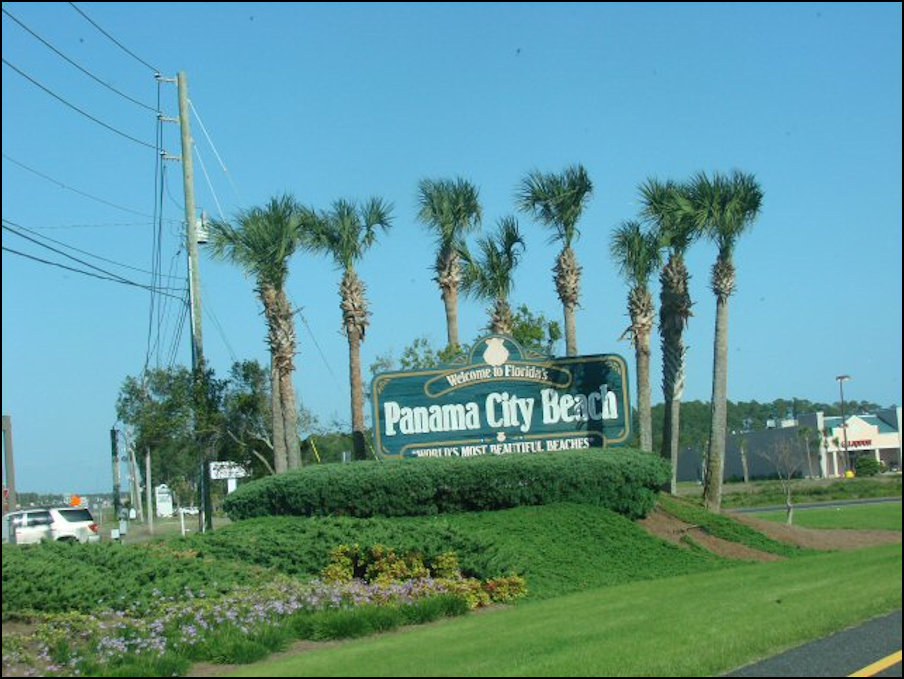 This was the view out our front window at the Elks RV site in Panama City, Florida. 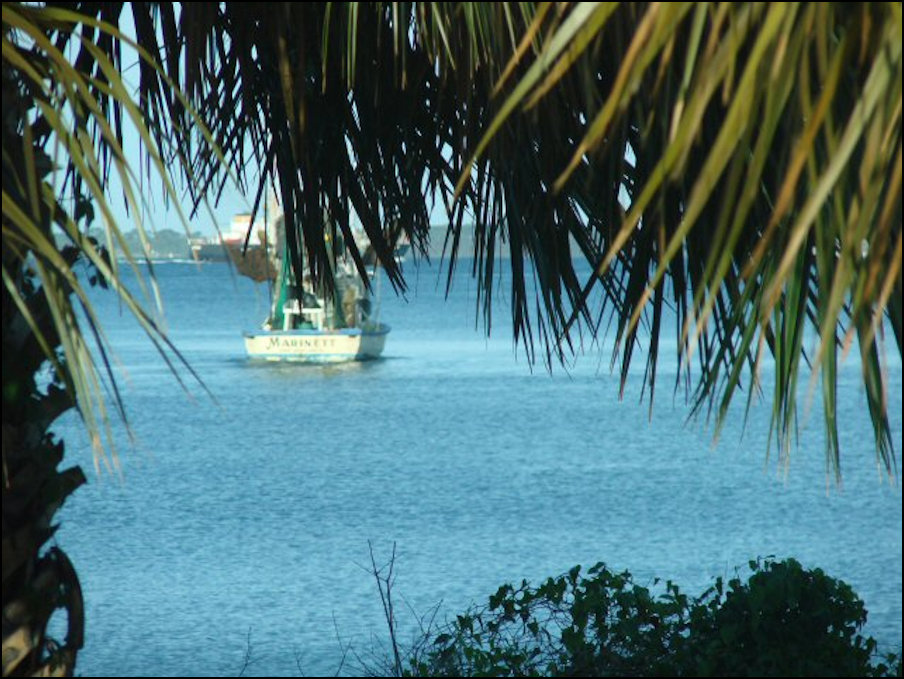 A smart lady in a Smart Car! 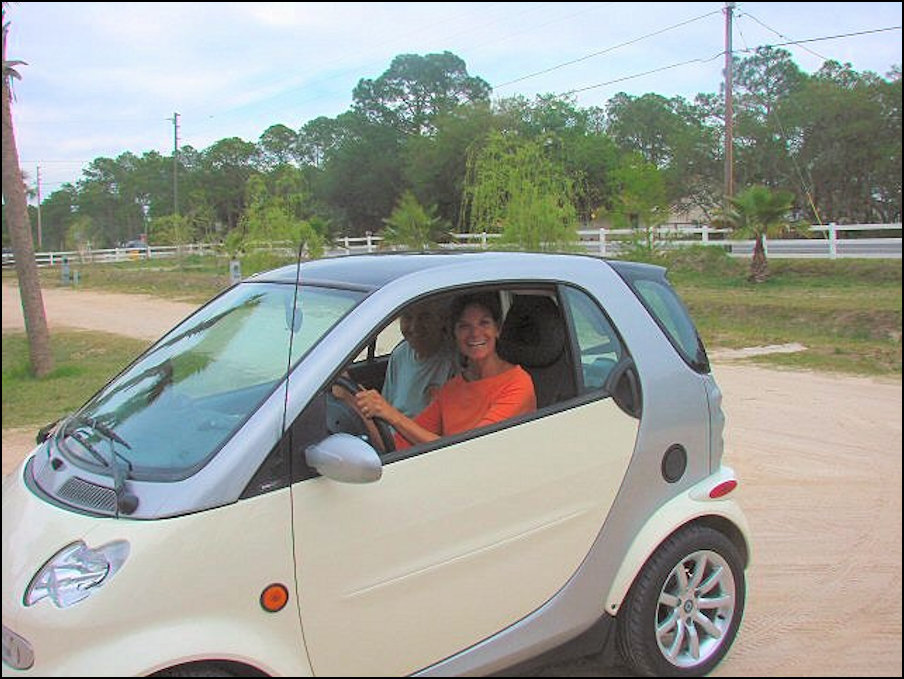 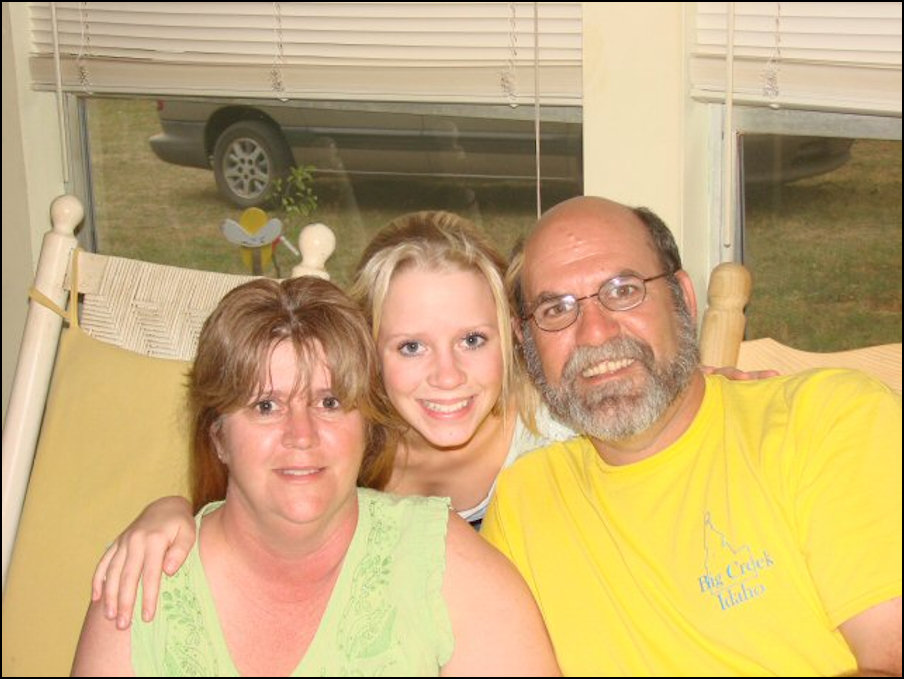 Uncle Ron and Ellen and a grizzly bear at the James Tyson wildlife museum. 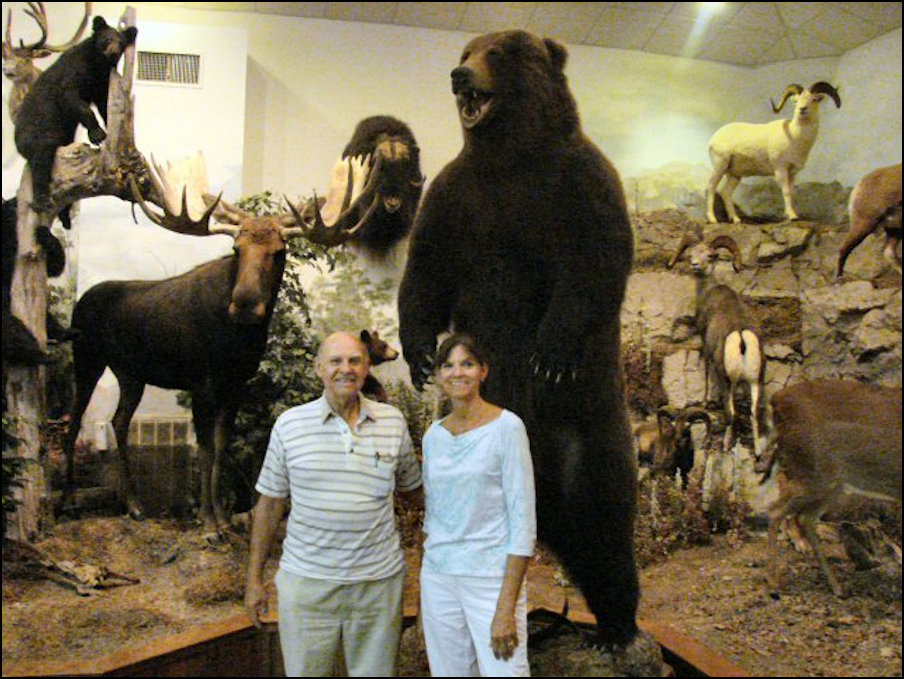 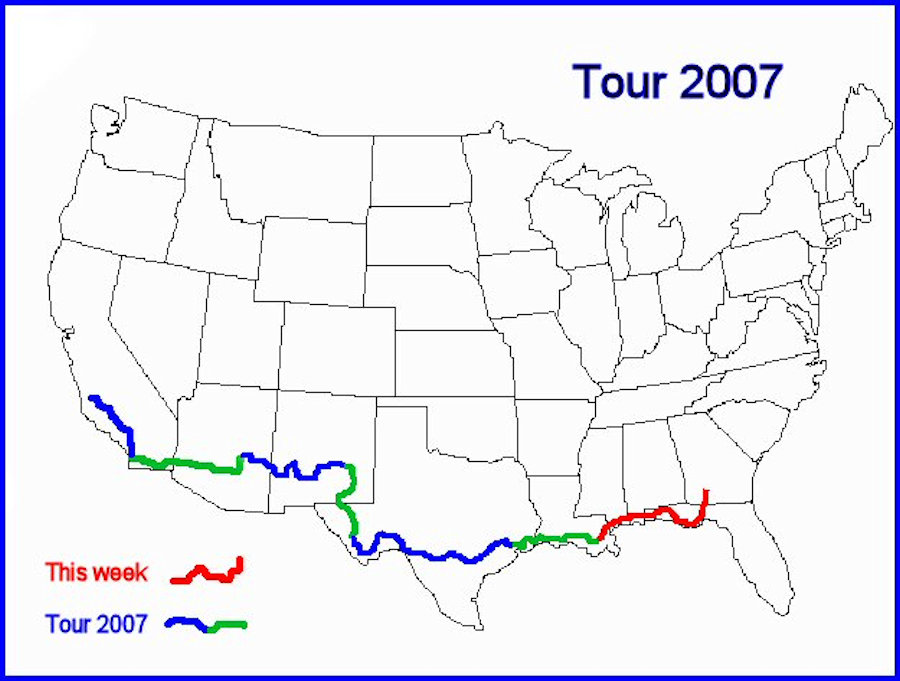 P.S. Sorry for the delay, Aunt Glo, but Pete caught the flu in Georgia. 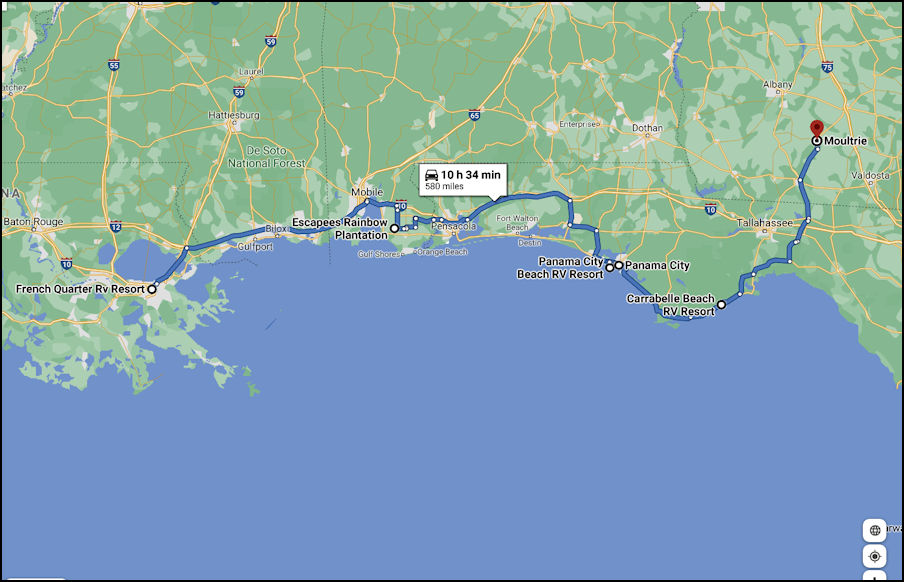