That was true for 14 years. But now we have a deadline to be in Eugene, Oregon for RV service. 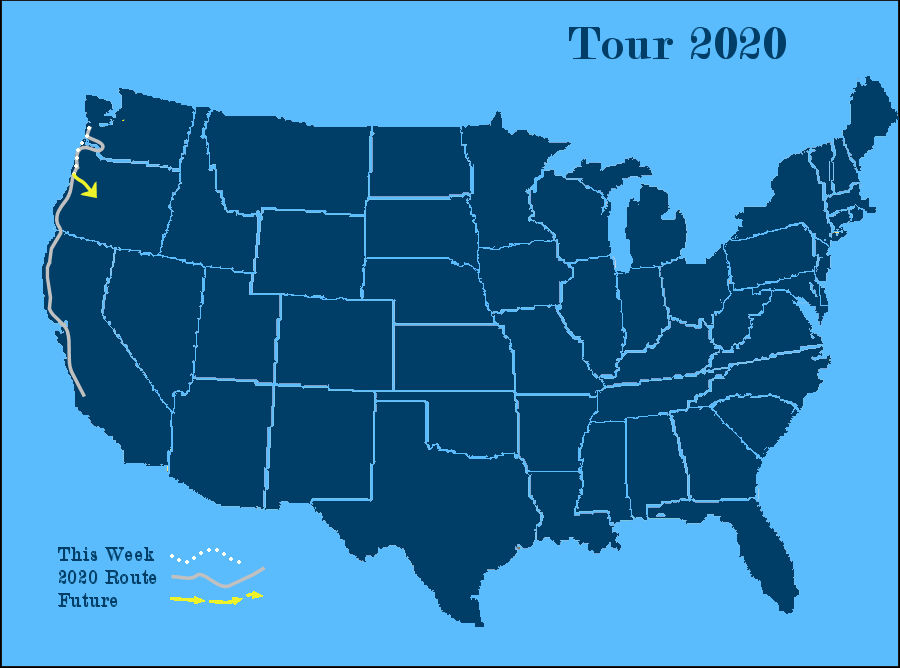 We were going to travel south on Hwy 5, but the smoke was Very Unhealthy inland. So we continued to stay on the water where the air was cleanest. 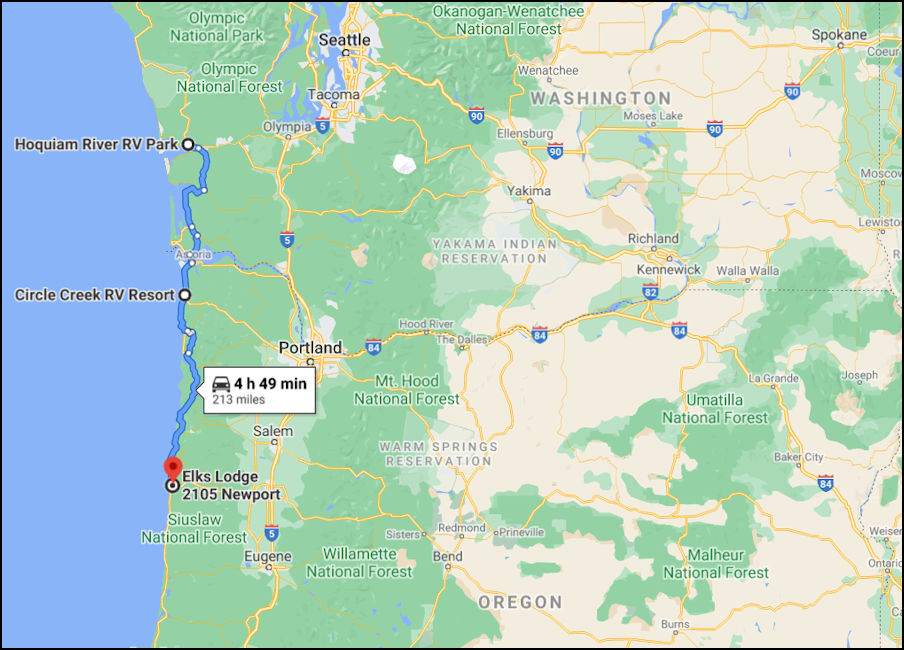 This week leaving Raymond, we arrive in Aberdeen which has many city murals. The Immigrants mural by artist Jenny Fisher completed a few years ago.

We settled in at the Hoquiam River RV Park for a few days.

It has a 9 acre forest next to the park which includes the train to nowhere. 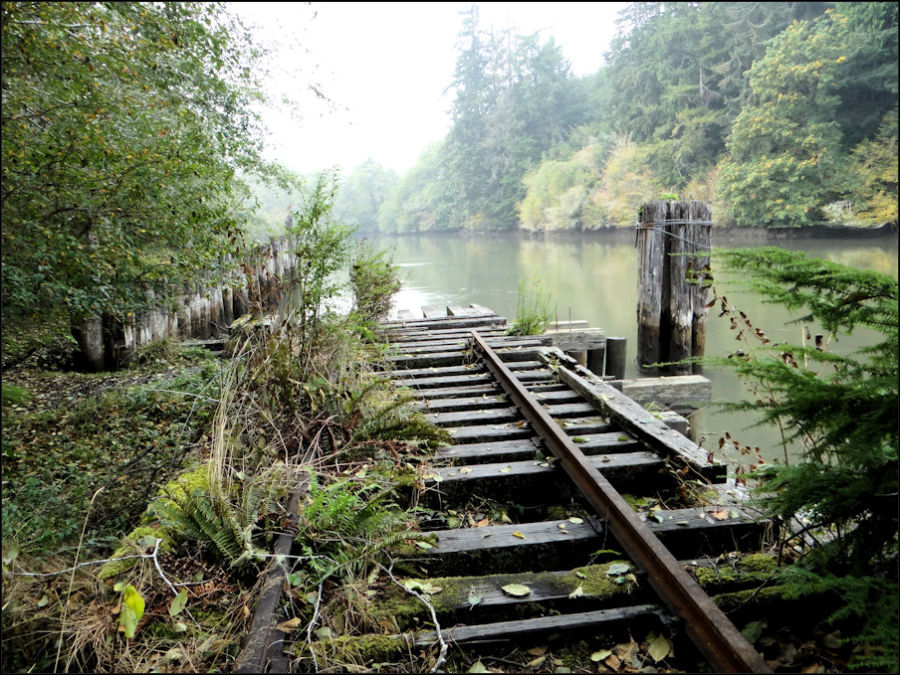 Ellen and the dog enjoy the trail. 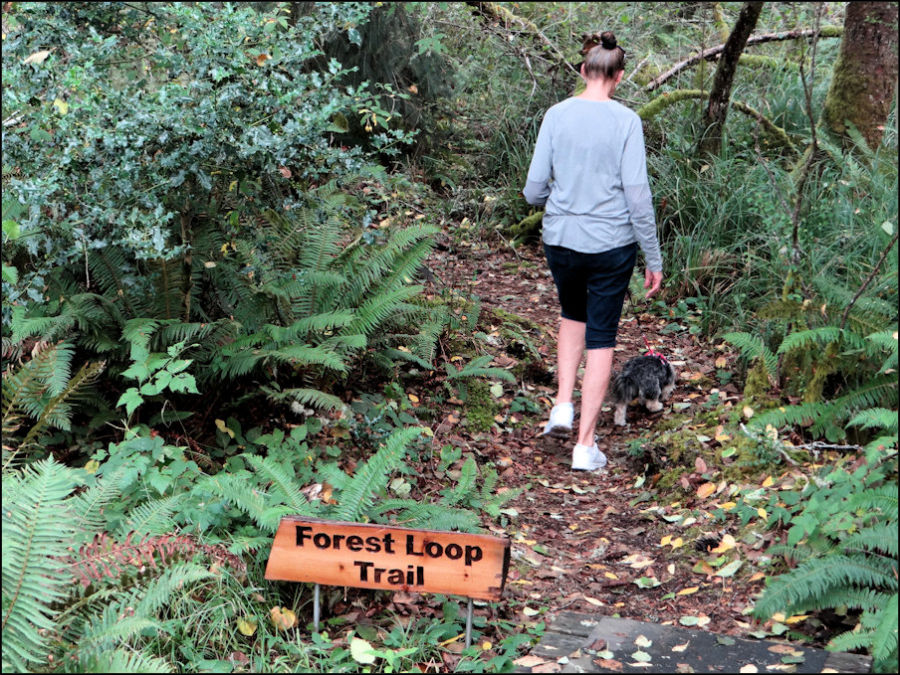 A forest native watches as we pass. 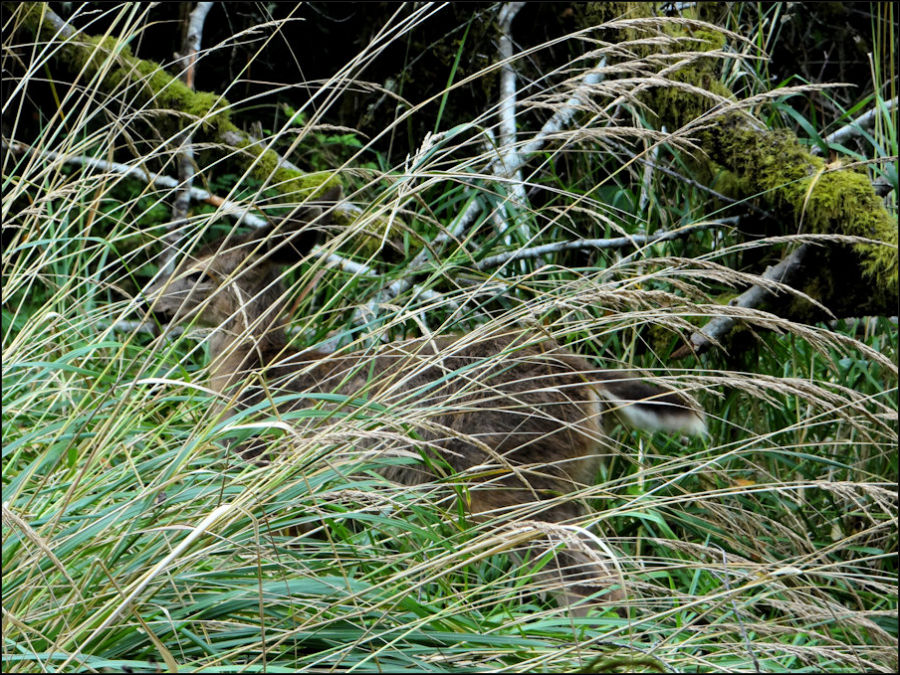 After four days it was time to head toward Eugene, Oregon backtracking down Hwy 101. Coming from Washington we see the Astoria-Megler Bridge. 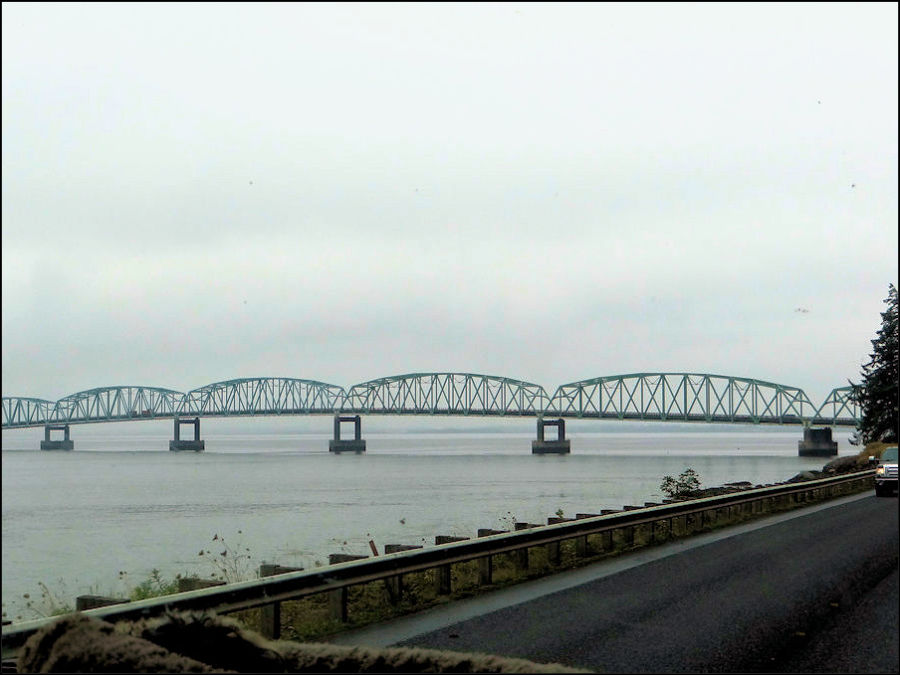 The bridge across the Columbia River is 3.66 miles long.

The largest stretch is the causeway between the bridges at both ends.
The highest bridge is on the Astoria side.

We split our 300 mile trip to Eugene into three 100 mile days. We normally travel short distances, but we went even shorter as Hwy 101 is twisty and narrow with many times only a white line as the shoulder. We stayed over one night at Circle Creek RV Park in Seaside, Oregon. 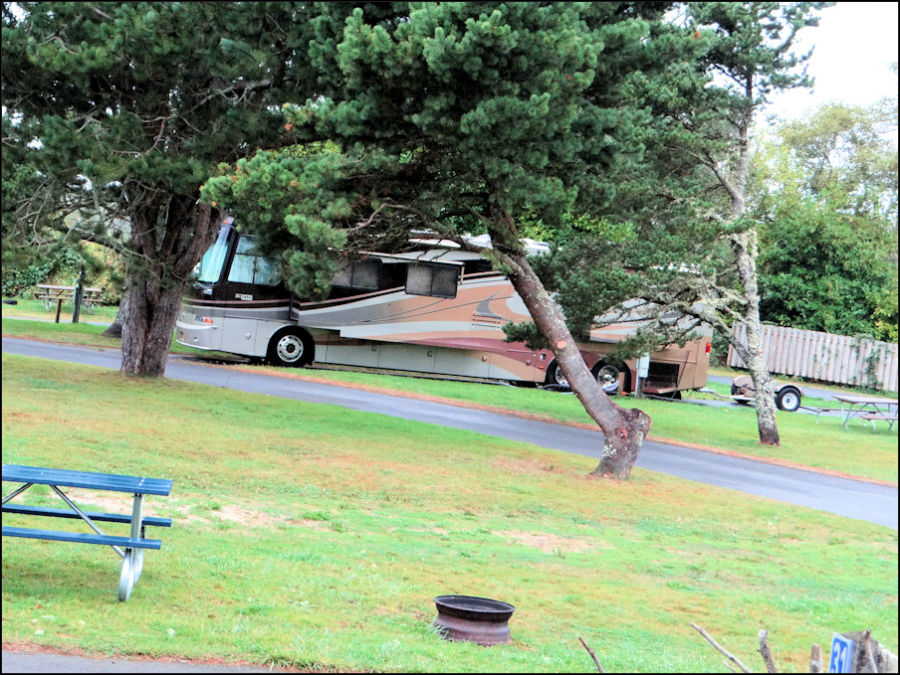 The Oregon Coast is filled with rock formations near the shore. 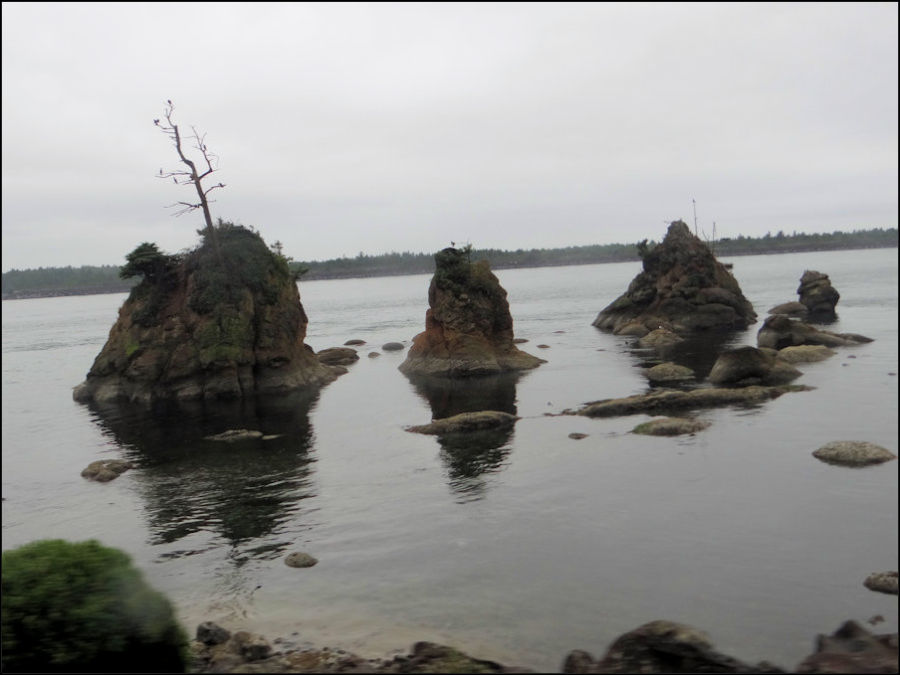 Who are the Oregon Coast Railriders? Check it out. 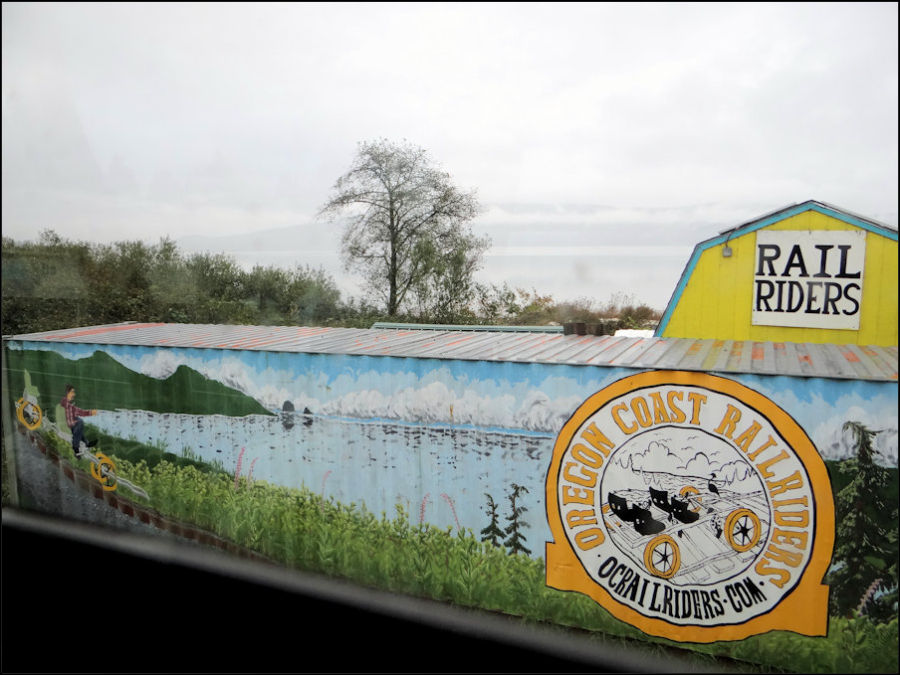 Passing by Tillamook as we backtrack the 101.

Landing in Newport, Oregon Elks to stay three more days before heading into the smoke abyss of Eugene. 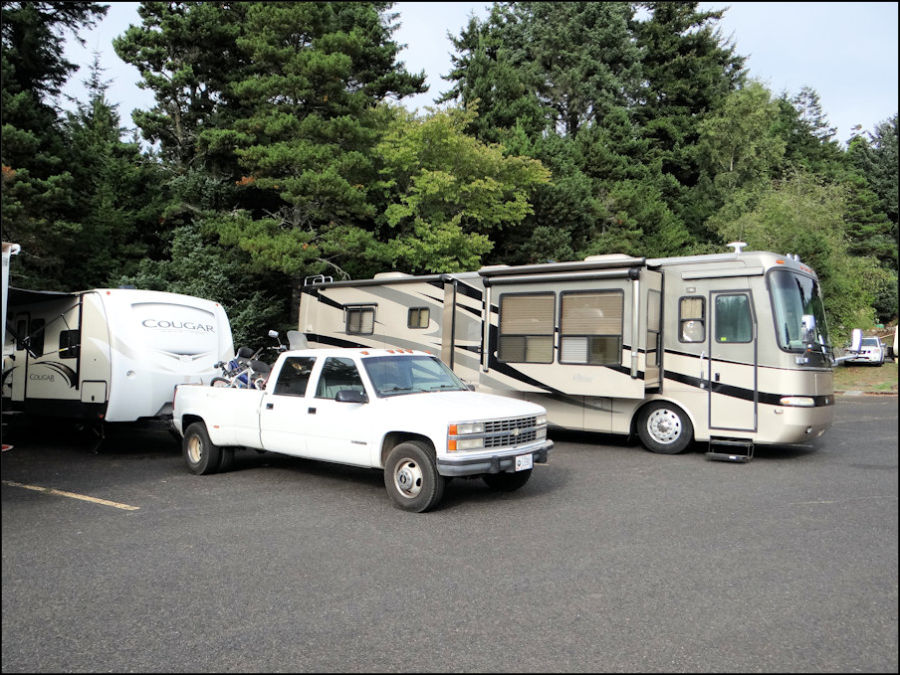 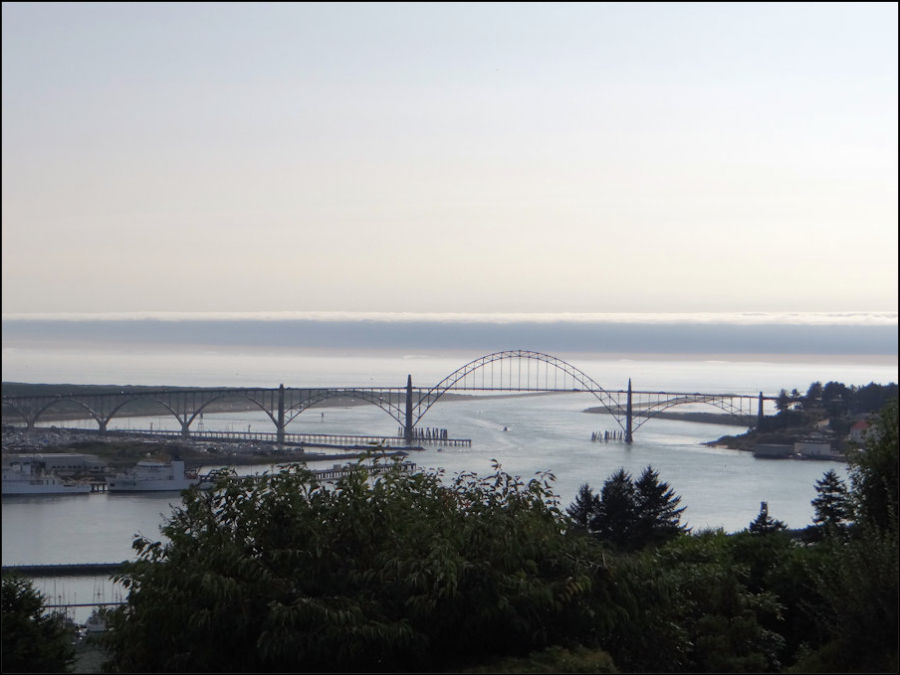 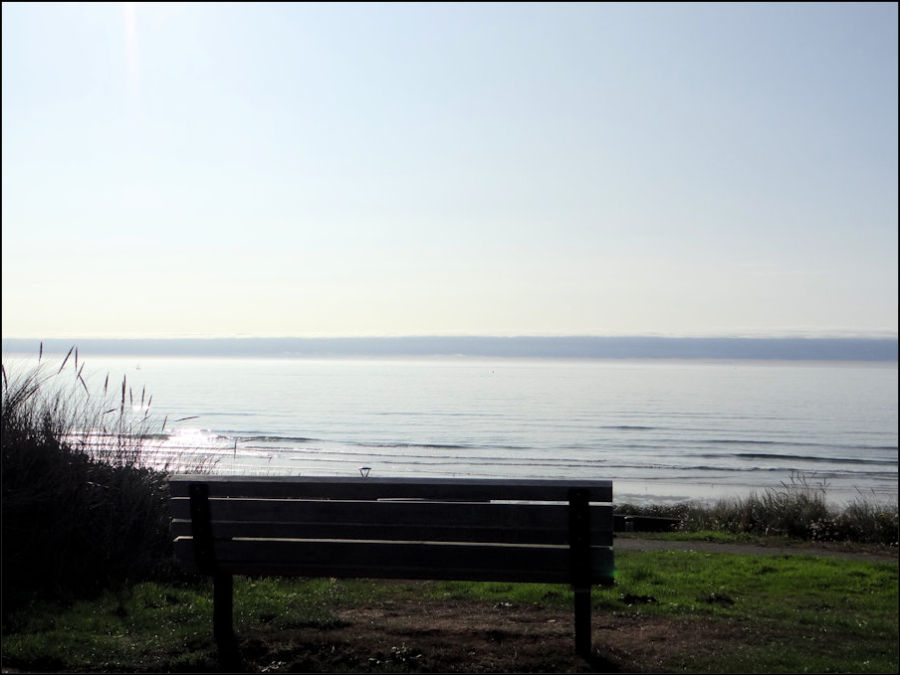 The Yaquina Bay Bridge seen from the Northeast vantage point. 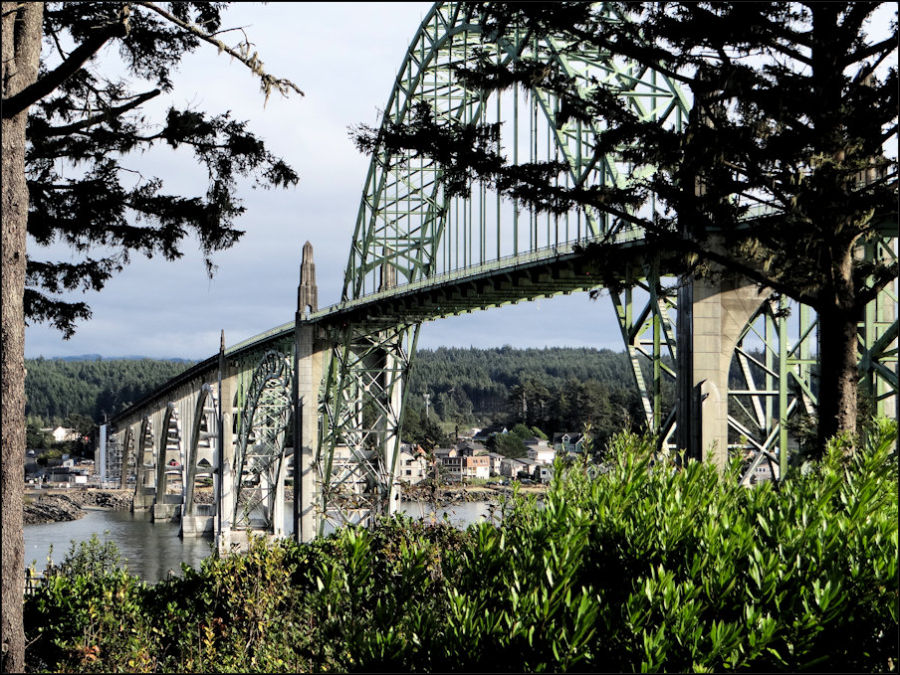 "I don't like backtracking, wake me when its over." 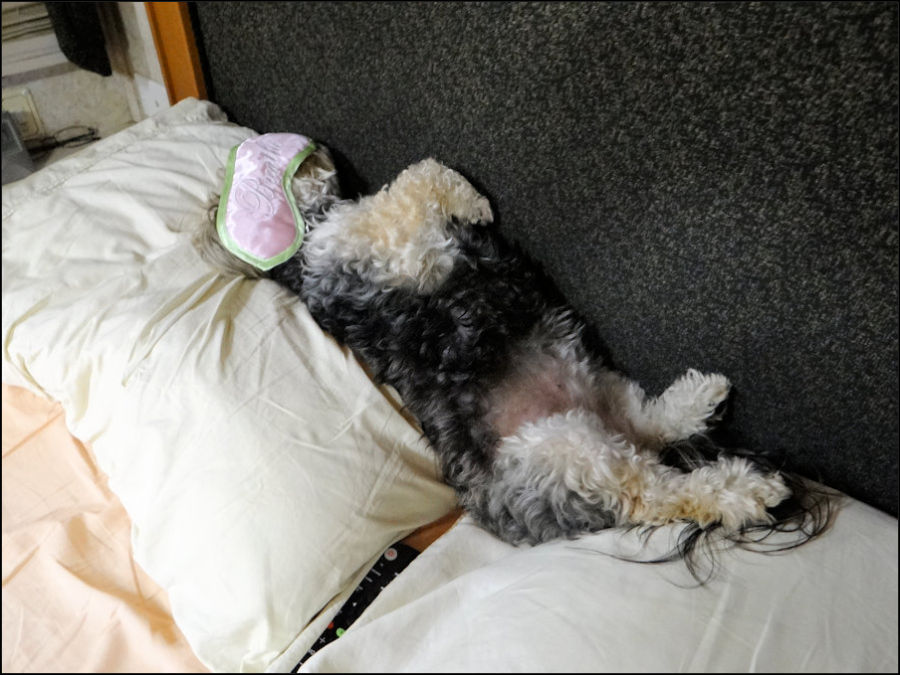 Next week we arrive in Eugene. Perhaps the air has been cleaned by the wind and rain.
Ellen found IQAir.com which shows and predicts air quality. Based on IQAir it looks like Eugene changed from Very Unhealthy to Good. We were so lucky that the earliest available Eugene RV appointments were in late September. To God be the Glory!