Still on the Coupon Trail, we spent 11 more days in Yuma, Arizona. Last week's movement saw us traveling from Yuma to Wellton, AZ. This week we reversed course from Wellton to Yuma. 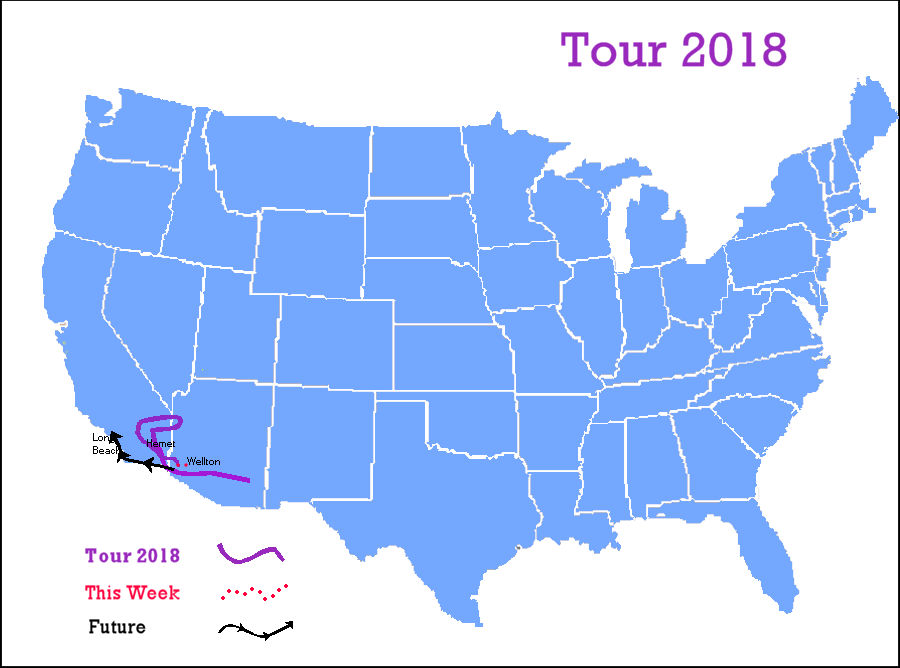 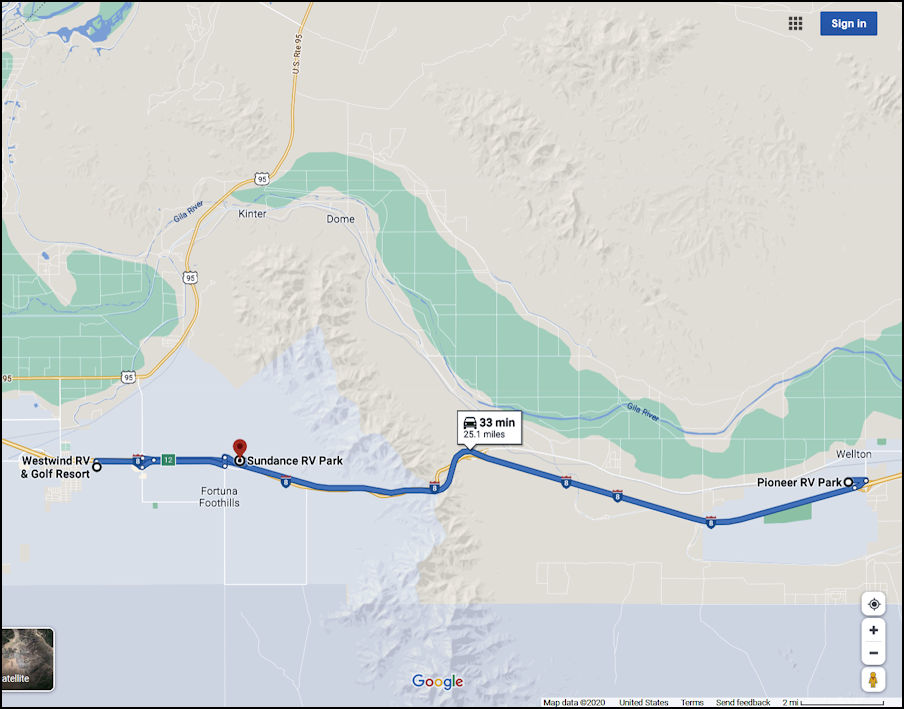 Our first week was at Westwind RV & Golf Resort. We were here two months before and met some nice folks on the pickleball courts. On the first day we played with them again.

The next day our good friends Tim and Vikki arrived for a week. We always enjoy their company and their competition on the courts. We have been to Westwind four times, the first in 2007 with neighbors Ben and Sid. For whatever reason we keep forgetting to take new photos. These photos are from previous visits. The pickleball courts are new in the last few years. The PB courts have taken the place of the two sand volleyball courts shown in these two photos. A new volleyball court was built near PB courts 3 and 4. Westwind has lots of facilities including a fine restaurant with reasonably priced meals.

After a week we moved 4 miles to Sundance RV Resort. Our site was 167/142. Yes, two sites. This is an older park with small sites. The original park could not accommodate 40+ foot motorhomes. Thus they let us park spanning both sites, two for the price of one. 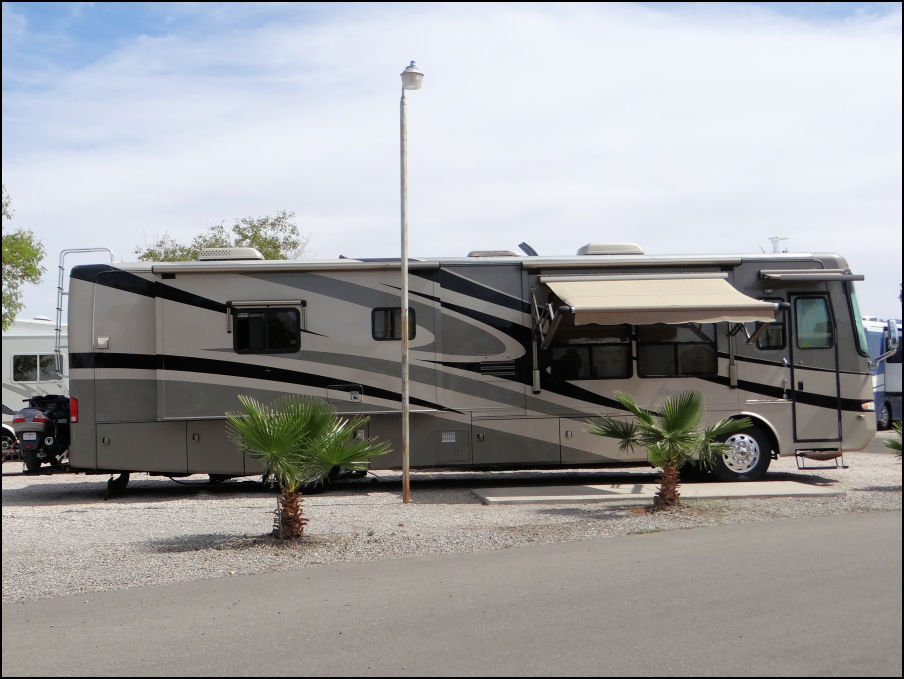 CAL-AM purchased this park and has newly constructed top notch facilities. Their sports complex has 4 pickleball courts and much more, such as top quality bocce ball courts as shown here.

Spacious patios surround the large pool and spa. The covered area is used for folks to gather to hear music which is played on Tuesdays, Thursdays and Sundays. In the building by the pool is a game room, TV room, billiards, table top shuffleboard, showers and laundry. A large ballroom is part of the front office complex. 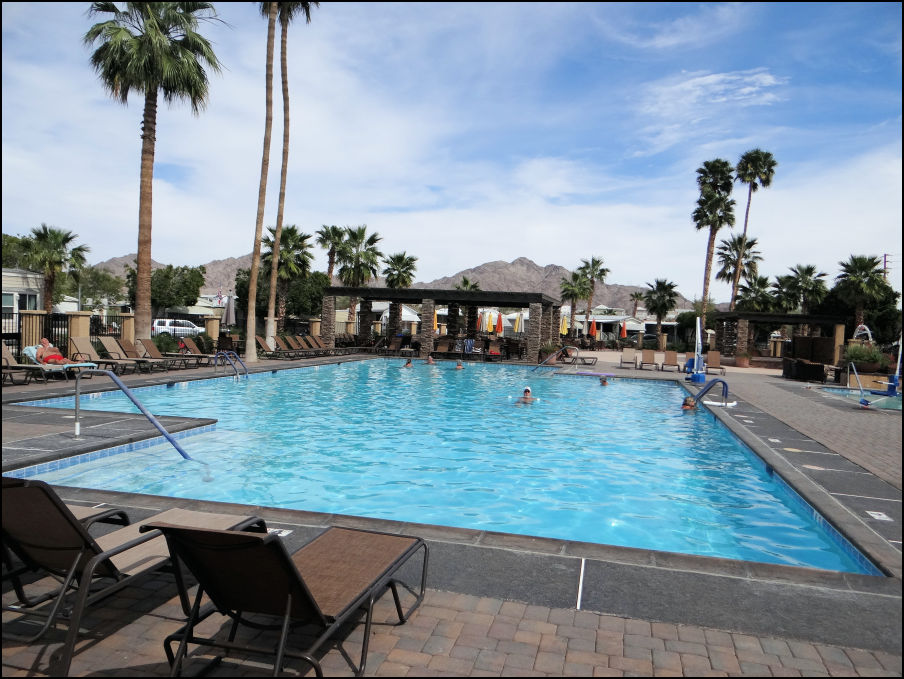 At night the pool area is well lit. 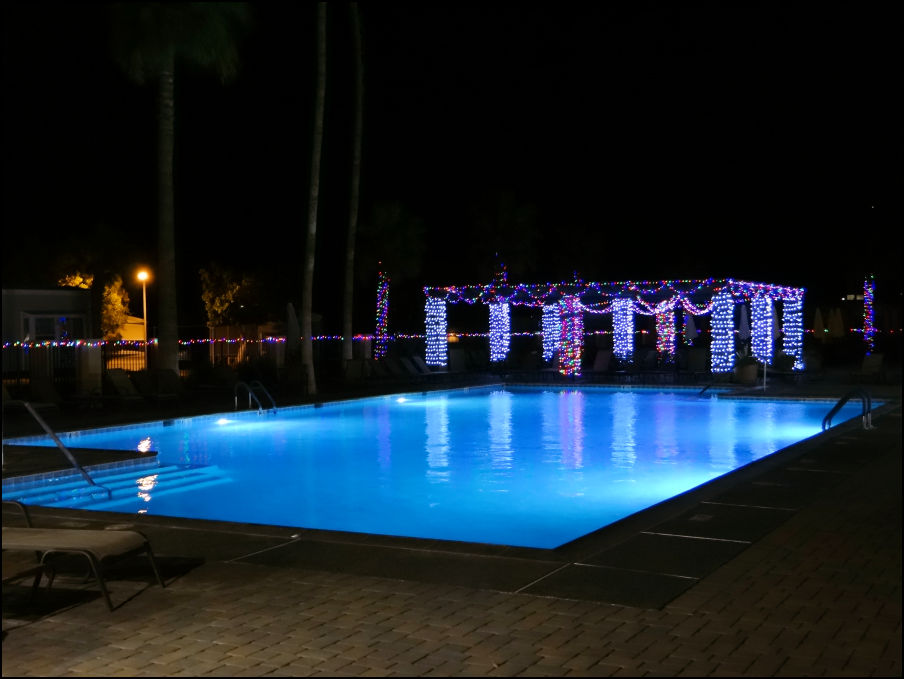 Our coupon was for 3 free nights and we opted to buy another night for $37.00.

Our Coupon Trail is allowing us to stay at some very fine resorts for minimal costs. Next week we'll wrap up the Coupon Trail series and let you know the average overnight stay tally.