The Art of the Deal


We have traveled across North American to bring you interesting stories and photos. Sometimes the story is right under your nose! Pete's sister Donnalee and good friend Don visited our house for four days in Donnalee's motorhome. Don loves to explore and he loves vintage automobiles. Don has purchased and sold around 100 vehicles during his USA travels. So what better place to explore than Ellen's younger brother Art's vintage motorcycle and truck collection.

Art has been riding motorcycles since birth! And he has been maintaining and rebuilding them most of his life. Here is Art with his 2006 BMW R1200RT. This is not his first bike and it won't be his last. It's kind of new for Art and probably not the deal his got on his other bikes. 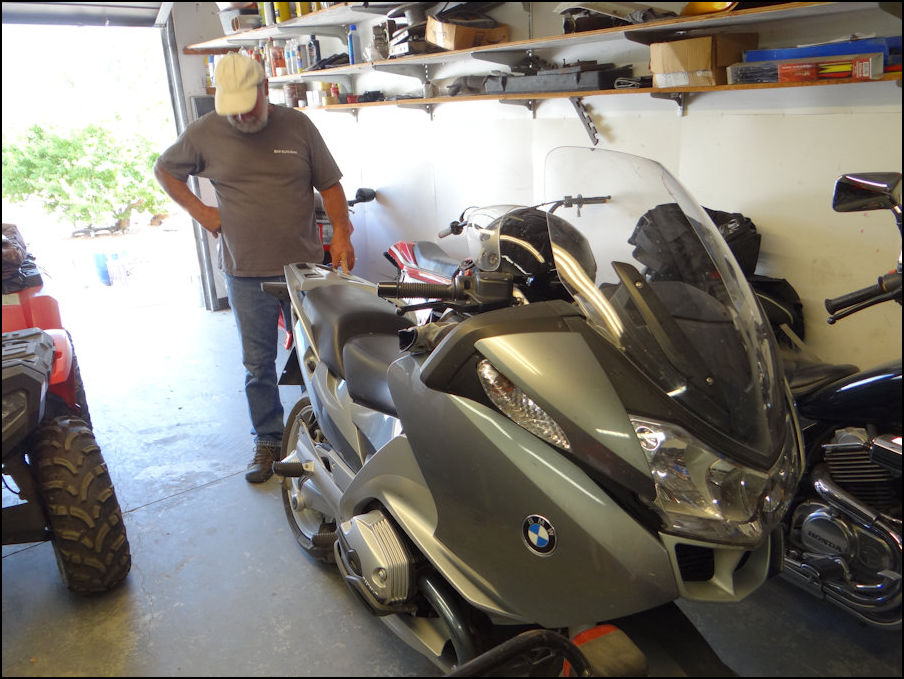 1) Wouldn't it be fun to own this Honda VFR. Then you would be a motorcycle rider, but not a collector like Art. 2) This KTM looks as classy as our ScooterShip, the Suzuki Burgman 650. But, this is a dirt bike!

The 1941 Harley Davidson belonged to Art's (and Ellen's) dad. 2) It might take a little extra effort to restore this one.

Here is the foreign section of Art's M/C Hall of Fame. 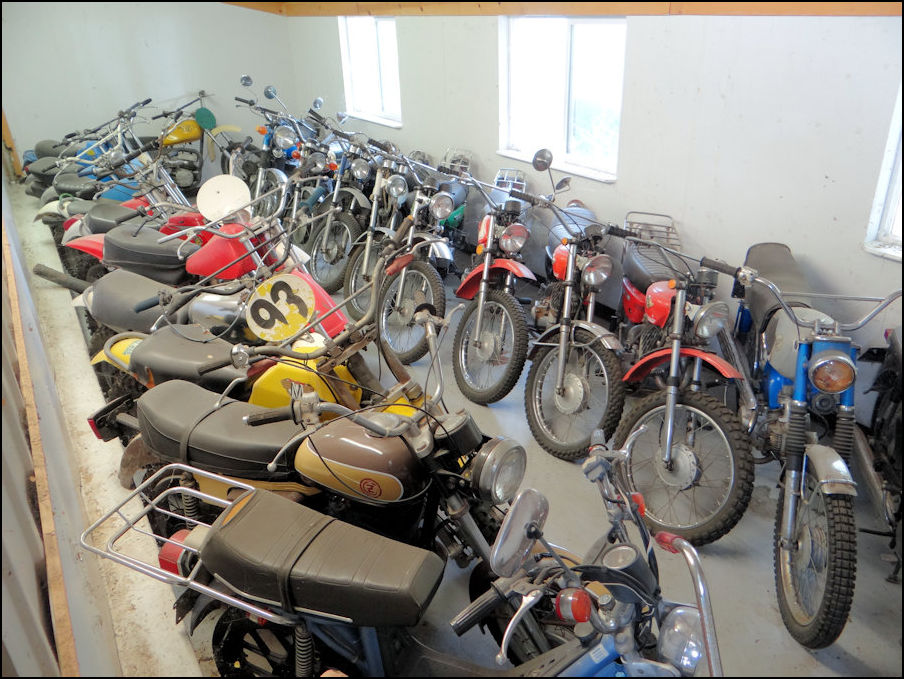 1) The Japanese wing on the left has Yamahas, Hondas and Suzukis. Maybe a Kawasaki next year?
2) The European side has Bultacos, CZ and more.

The dirt bike shed contains the bikes that see regular riding on the property. Do you like the red one? 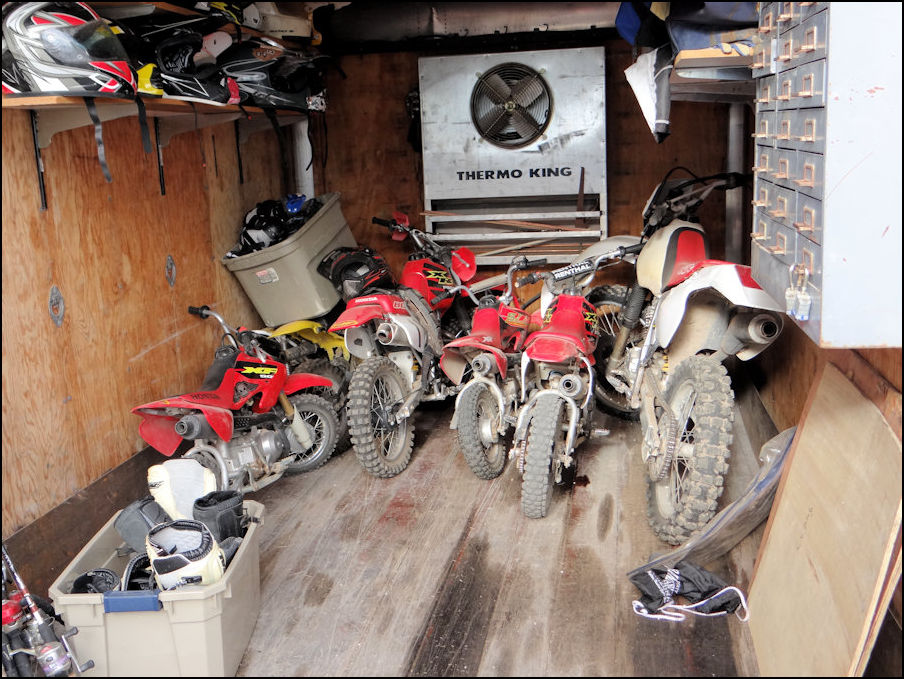 Not content with 46 motorcycles, Art has collected some vehicles. Everything from 1973 Bug to the 1942 Dodge panel truck.

Don who is always working on his cars looks on admirably at this professional lift. 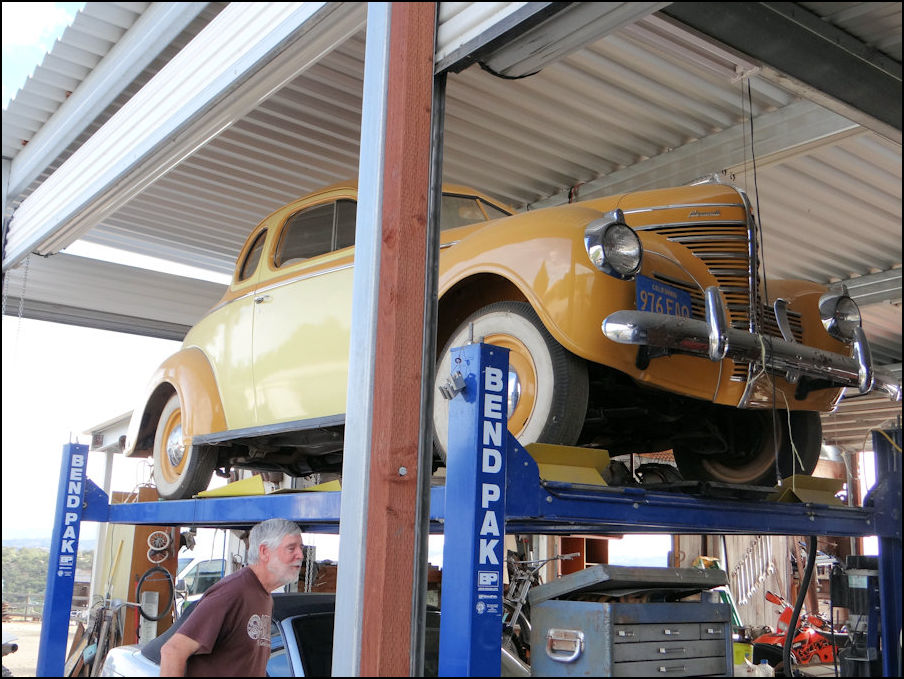 Who doesn't need a few trucks? 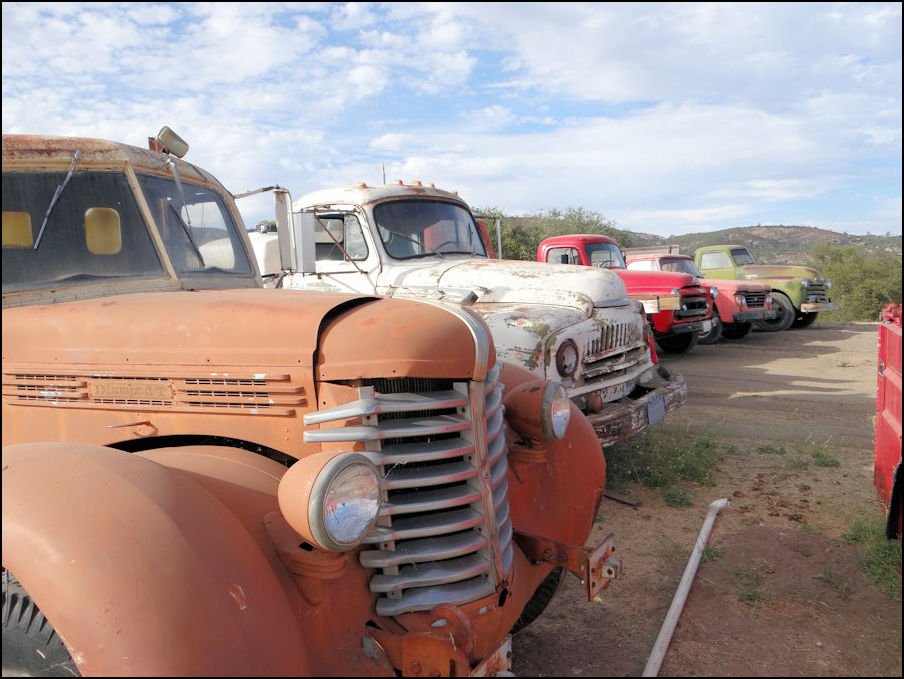 Wouldn't a fork lift be handy at your house? Maybe his wife Kelli bought it for him for Christmas? Nothing says love, like a fork lift. 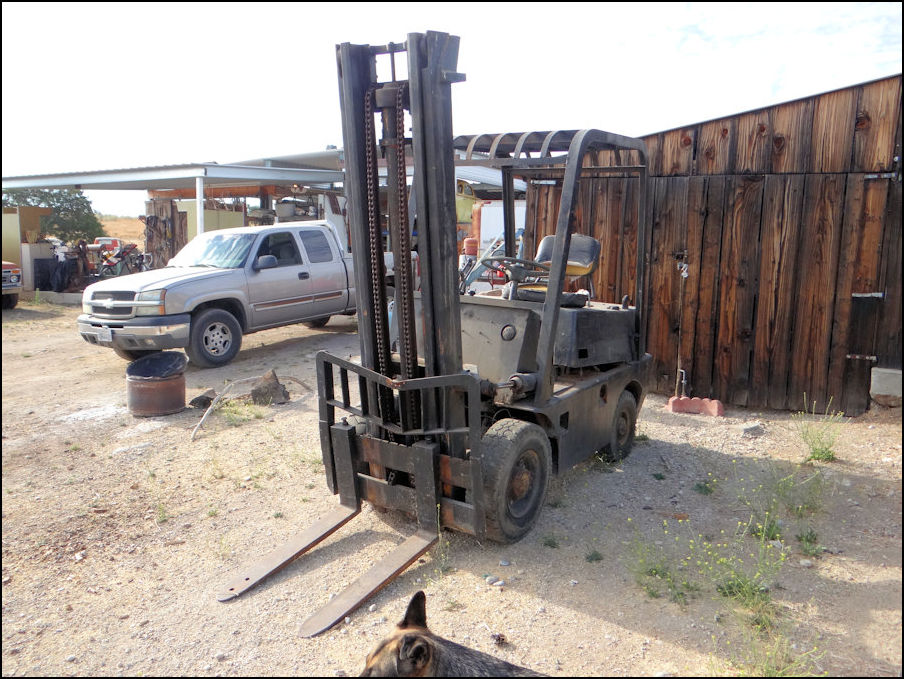 This is a beauty: the 1956 International. 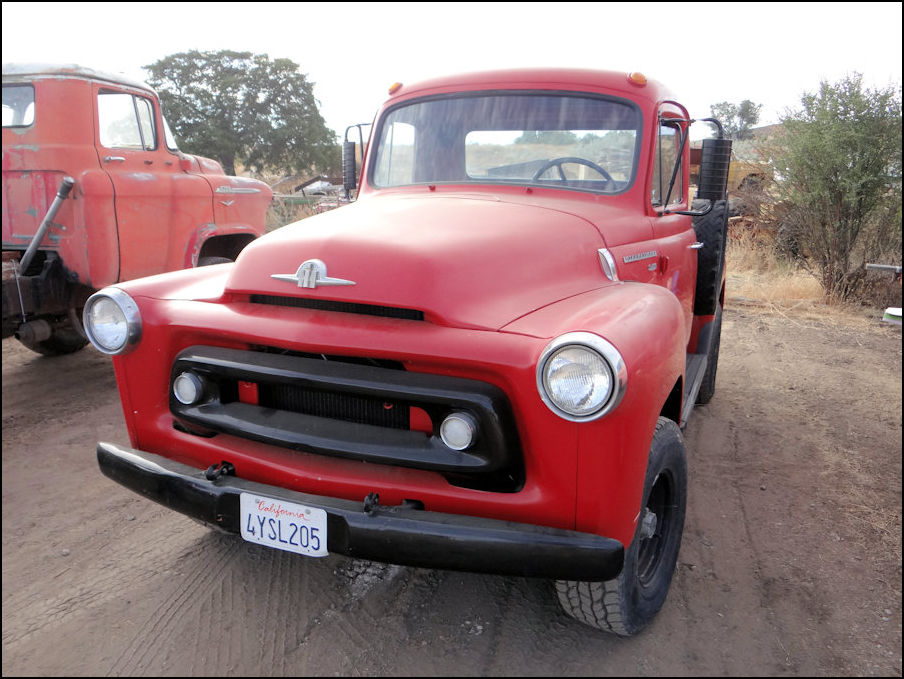 Don looks on as Art fires up the motor. Not crank, crank, crank but whoosh and its running. 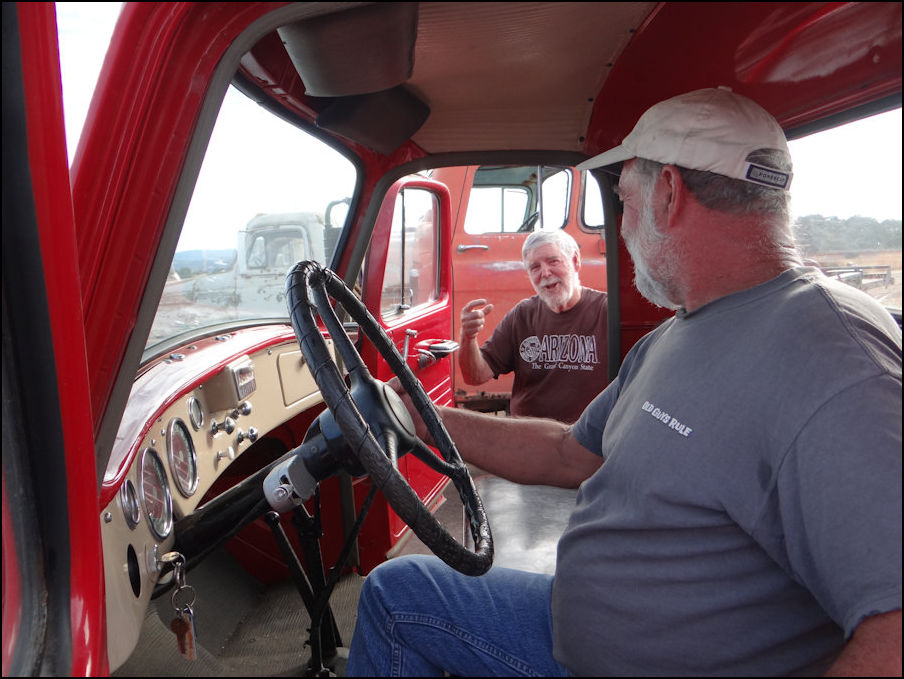 We did not see this 1925 Buick as it was in an undisclosed location. No doubt this one is in running condition. Note the symmetry of the fenders. The front left and right rear fenders are identical. The steering wheel was a great addition, so you would know which way was forward. 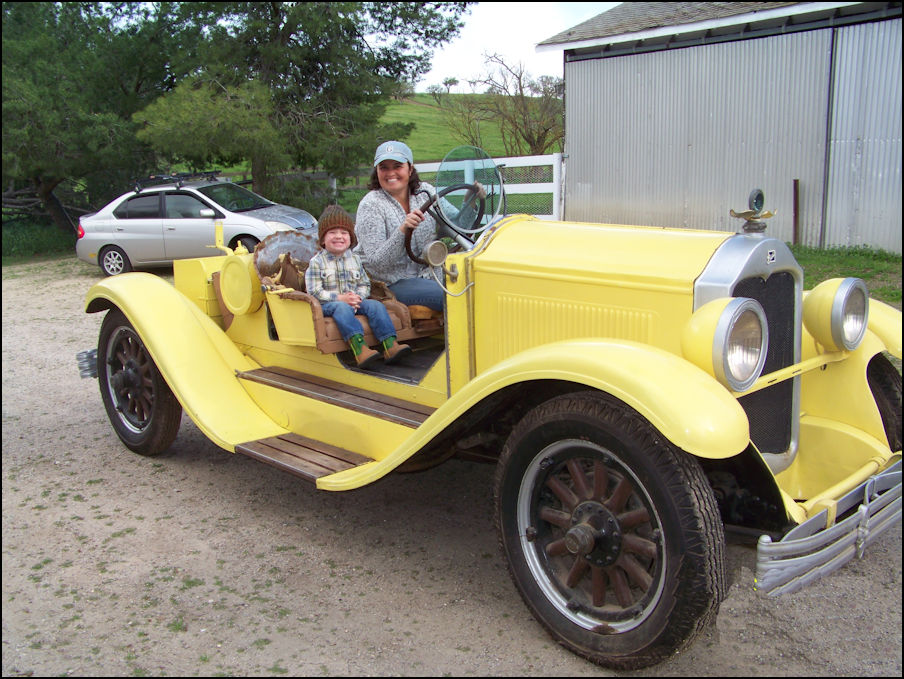 Now, if you're going to restore your trucks, you'll need some supplies. 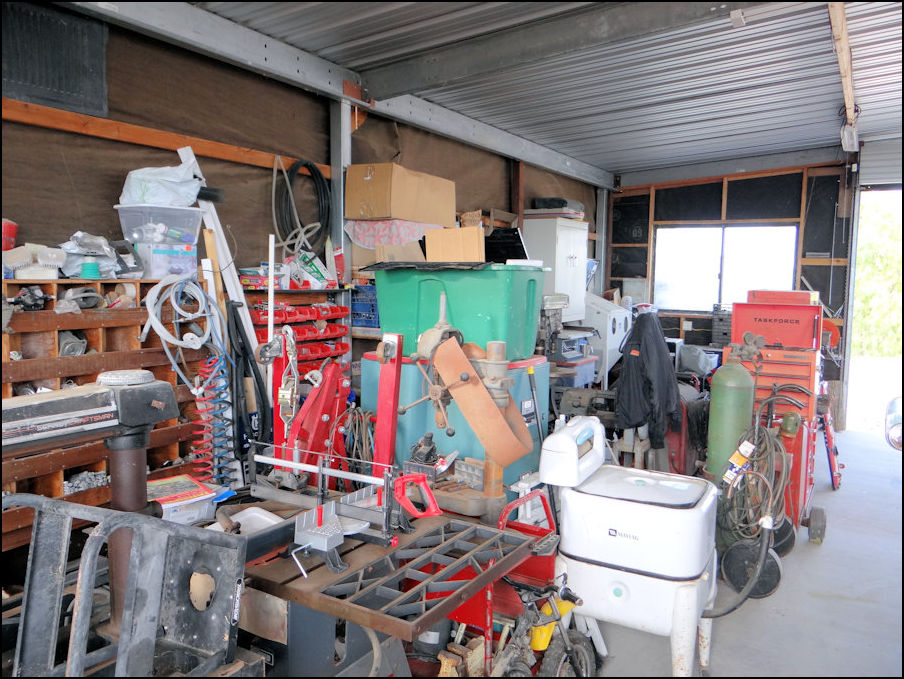 And tools, "Man cannot have too many tools."

1) A Maytag washer is good for clean up. 2) And a scarecrow helps to protect your assets.

If you ever poke your head out from under the hood, you have some great views and lots of trees. 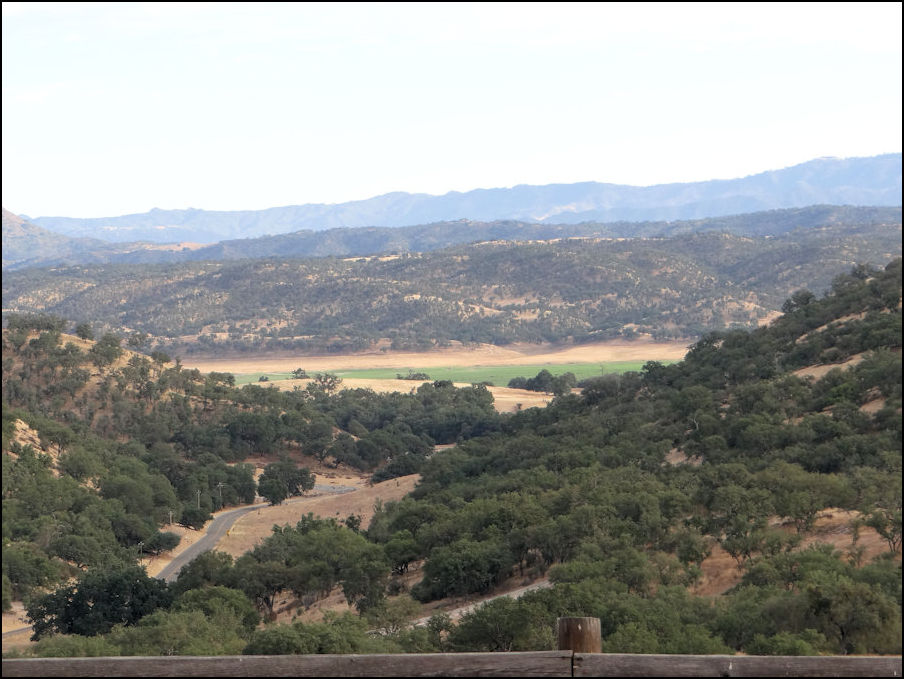 Which means you might want a water truck or two or three and even four. 1954 Reo and 1964 International and two more not pictured. 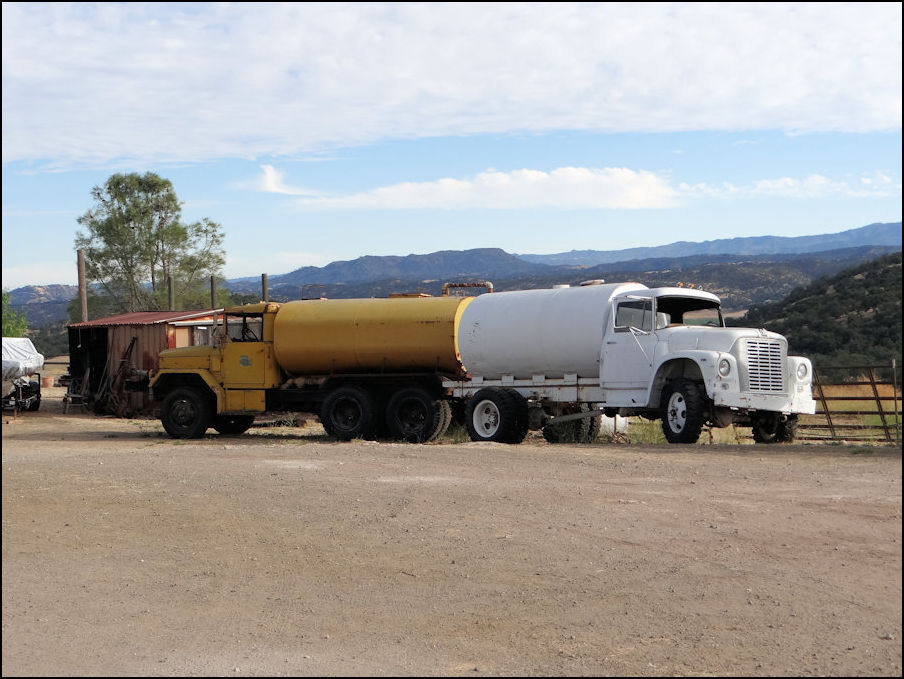 Art takes a moment to ponder, "I wonder how much I could get for that old Dodge panel truck?" 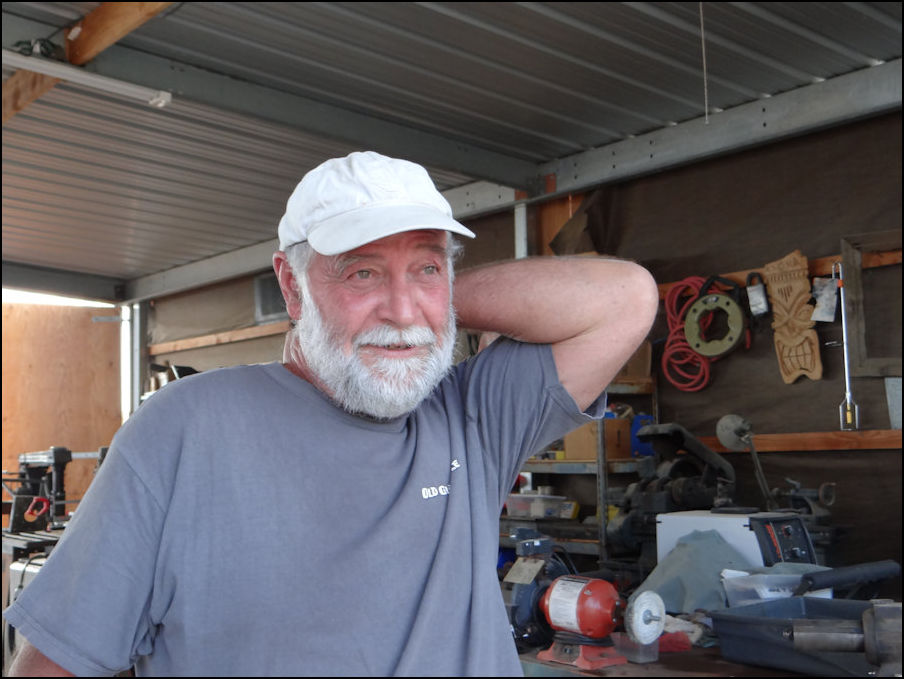 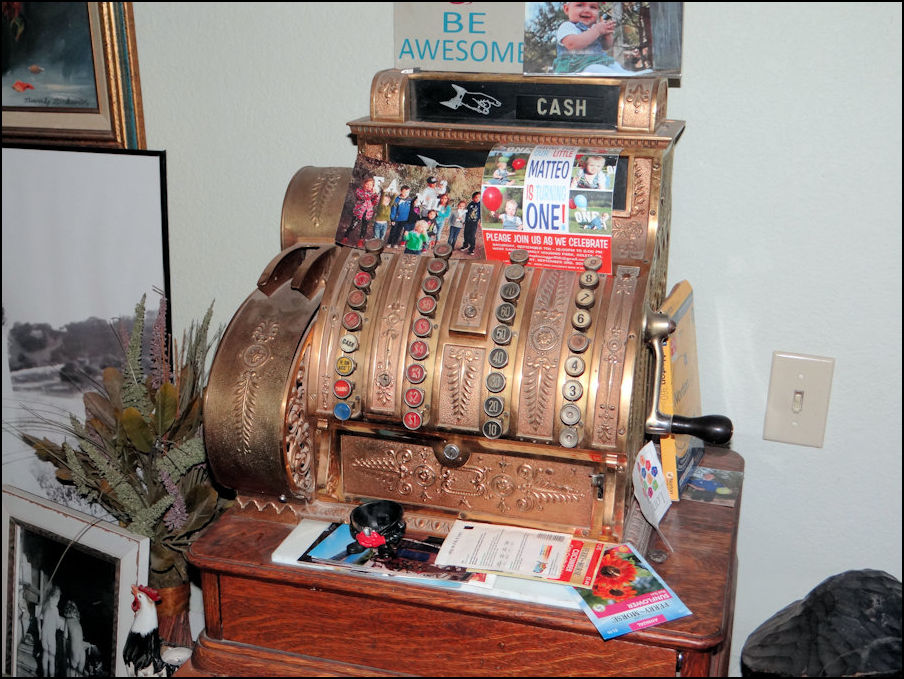 Thank you Art for the tour, Don and Pete enjoyed seeing your "deals".