Hello from the Highest,

We spent most of this week above 8,000 feet!  We started in the town of Estes Park, CO.  We drove over the highest pass in the USA through the Rocky Mountain National Park.  We descended to 9,602 feet in Breckenridge, dropped to 6,035 in Colorado Springs and back up to 14,110 on top of Pikes Peak.  Then down to a mile high in Pueblo.  Next week we finish up in Colorado, heading to New Mexico and onto Texas. (Hi, Aunt Glo!).

The Rockies viewed from road near Boulder, CO. 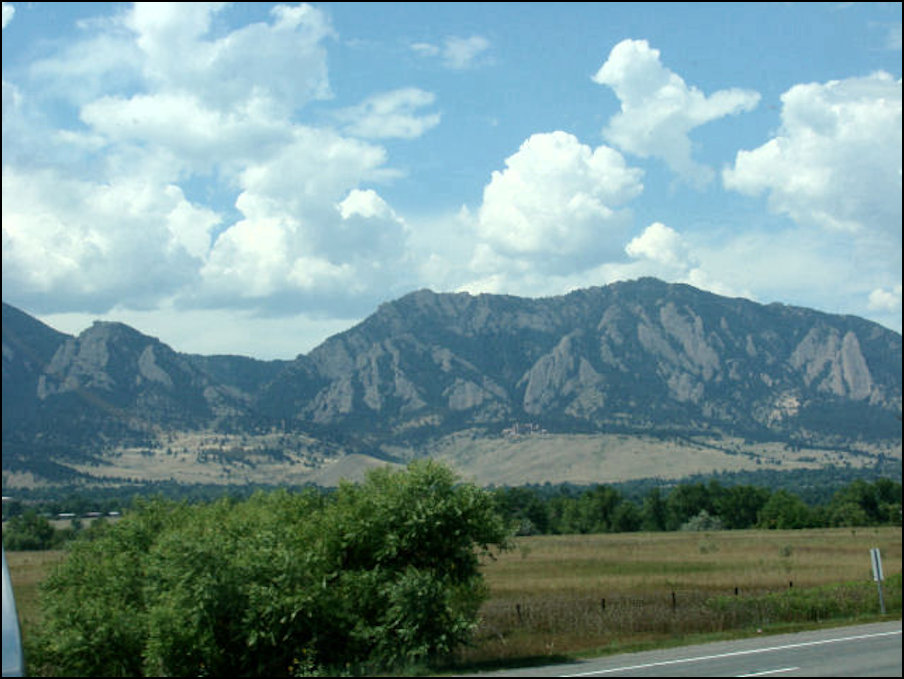 The drive through Rocky Mountain National Park starts in Estes Park in the east and goes 47 miles west to Grand Lake.  There are campgrounds only at each end, so we drove the Mothership through and stopped at all the scenic lookouts.

We drove the highest pass at 12,183 feet just before the Alpine Visitor Center shown below.  You can see the Mothership in the parking lot in photo one.  We walked the 166 steps to the peak's acme; and due to lack of oxygen, we were huffing and puffing all the way.

There are a number of "valley views" with naturals lakes and rivers meandering down the mountains. 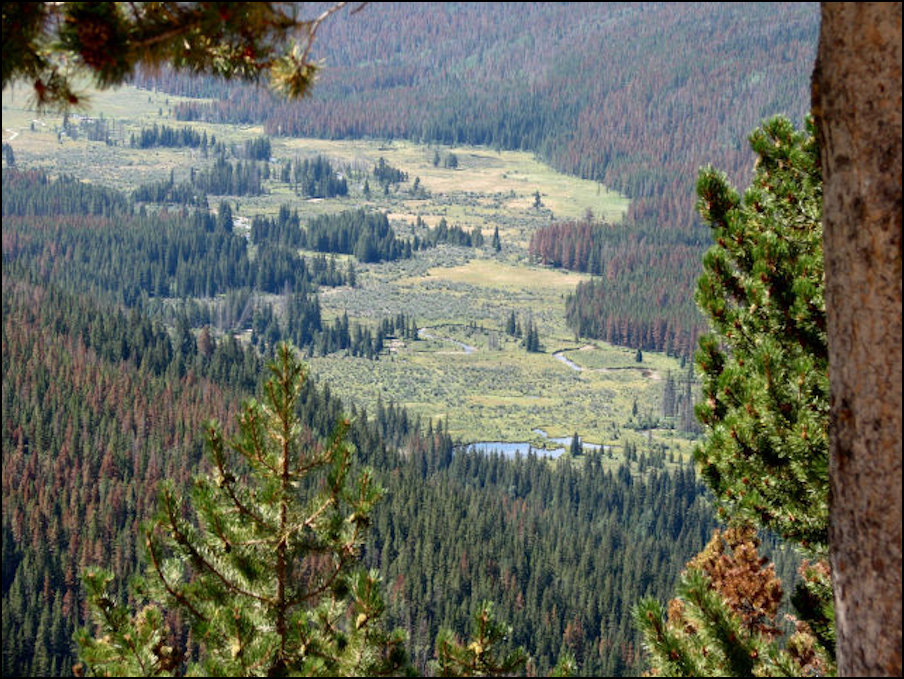 Frisco, CO, at an elevation of 9,042 feet is surrounded 360 degrees by mountains.  We parked for the afternoon at the Frisco Bay Marina on Dillon Reservoir.  This little fox was just outside our window right in the middle of town.

We had heard from a number of RVers that Tiger Run Resort in Breckenridge was fabulous.  Our site on the Swan River was.  We biked 14 miles to town and back including this mountain bike trail.  To get up these trails you need to look like Popeye or have electric assist

Now this is the way to ski or snowboard.  You can stay in Breckenridge with thousands of rooms right at the base of the slopes.  The lifts are totally enclosed and you wait for your lift inside an enclosed building.  Maggie Pond, in the middle of town, is fed from water flowing from the Blue River.  We had lunch next to the pond in view of dozens of ski runs.  Ski a couple of hours, stop over for a burger on Maggie Pond and head back to the runs, all without a vehicle.  Nice!

Leaving Breckenridge going south on Hwy 9, you come into this valley. Once a haven for thousands of buffalo, then for several enormous cattle ranches,  now available for individual homes.  Hmmm, our own private ranchette only a few miles from Breckenridge.  Now, if we only liked to ski! 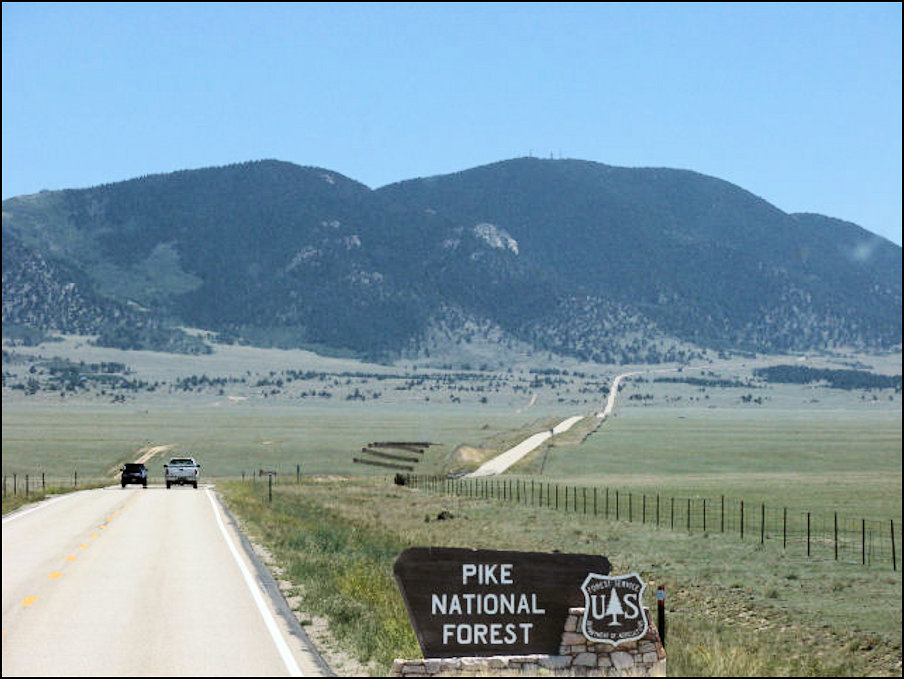 The ranger at the visitor center suggested we visit Cripple Creek.  Once a gold town, then a ghost town with almost no people, it is now thriving.  It is a darling, restored town with hundreds of cute old buildings.  But, oh yeah, all those building are now mostly casinos.  The row of blue-awning buildings on the left is one casino that took over about ten shops.

Pike's Peak, known as "America's Mountain", is just outside of Colorado Springs to the west.  The trip up goes from 7,375 feet to 14,110 in 19 miles.  The landscape varies greatly from trees and reservoirs to the top that looks like the moon.  The views are fantastic, as most of the climb there are no trees to block your view; and you are right on the road's edge with little to no guard rails. 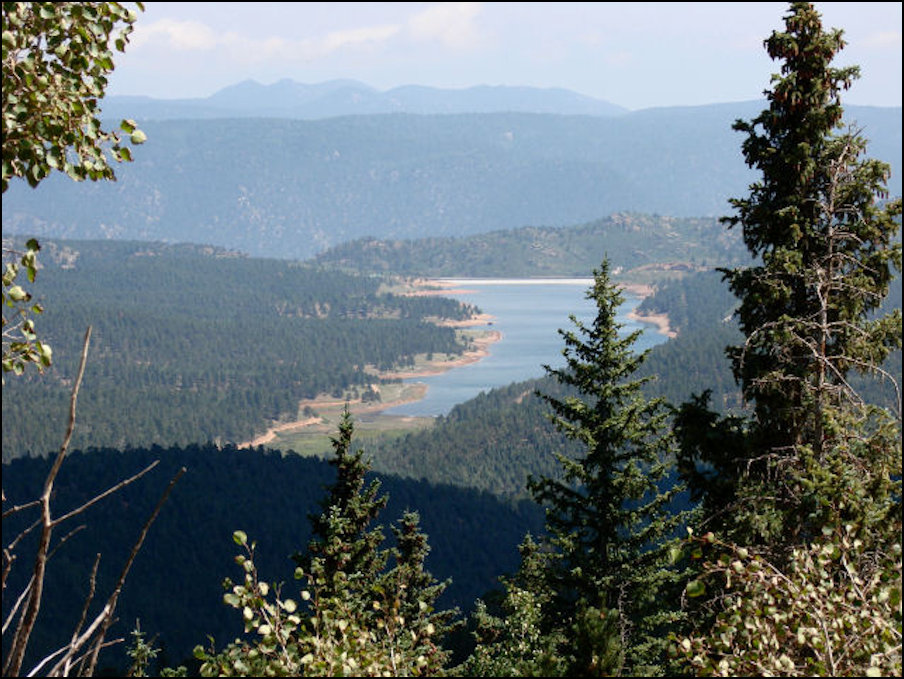 Pike's Peak literature claims that the drivers of the annual race to the top make our one hour trip in a little over ten minutes.  Let's do the math. 19 miles in 10 minutes is 114 miles per hour.  That would be a fun race to watch as there are dozens of 10 MPH curves like the one below.  Go figure!

The 32nd annual Colorado Springs Balloon Classic was in progress.  As the wind was mild, these balloon pilots were having fun skimming the lake before they headed up.  They compete to see who can sail the highest and the furthest. 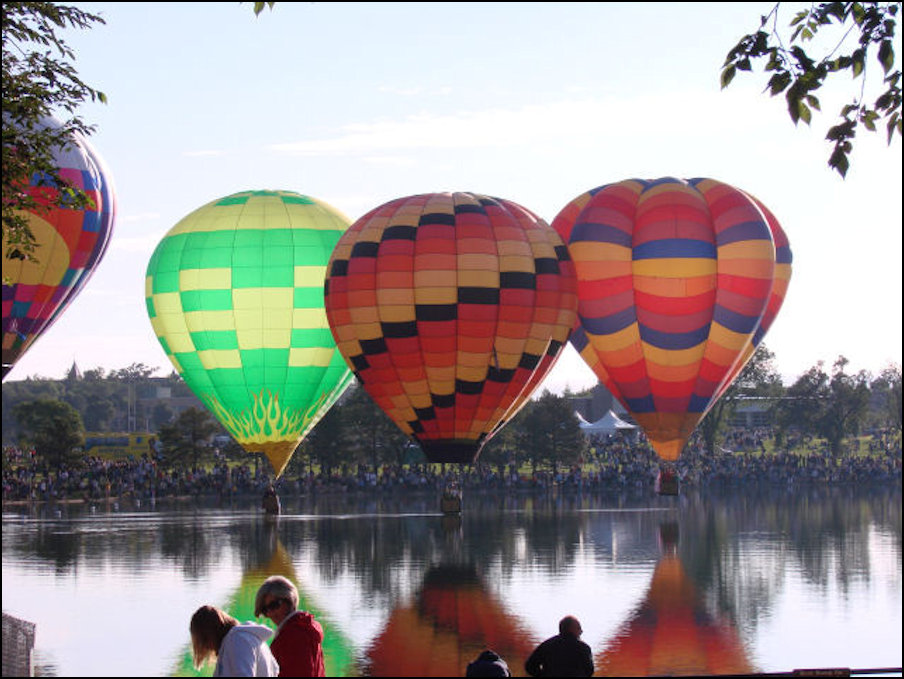 The second photo is what Picasso thinks a balloon looks like.

Well, next week we will visit Royal Gorge, home of the world highest suspension bridge and then head to New Mexico. 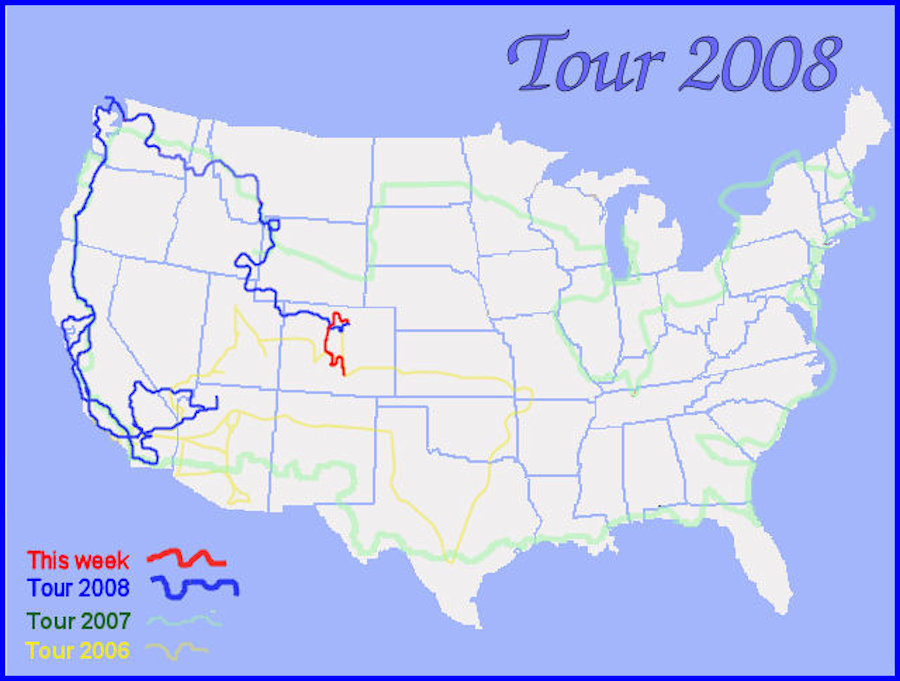 We hope to hear from you, and that you will be blessed this week. 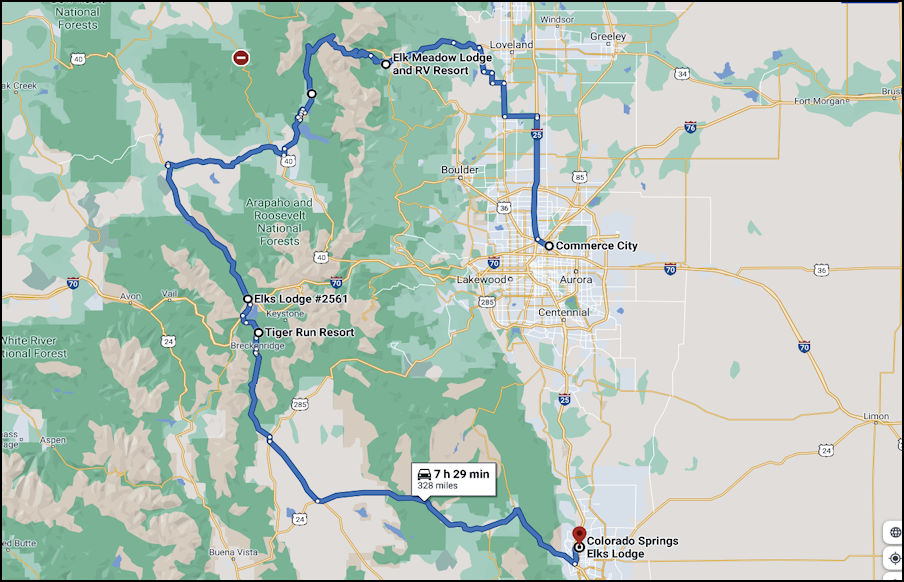