Those of you who have taken a white water rafting trip know how much fun it is.  We just learned that for ourselves.  We started kayaking two weeks ago on an eight mile mild trip down the Methow River in Washington.  Then last week Pete's brother Mike took us on two trips. One trip on the Jefferson was perfect weather and encouraged you to dive in the water to cool off.  The second trip on the Madison River was fun and relaxing but cooler.  A great way to celebrate our 34th wedding anniversary.

This week after a quick two day tour of Yellowstone Park, we added four more kayak trips and 29 more miles on the Snake River.

1) Hayden Valley, where sometimes you can spot a black bear.  2) We were escorted by a coyote.

1) Our Roadrunner (Suzuki) out ran the Coyote.  2) Undine Falls

1) the Madison River starts here in Yellowstone and ends as it merges with the Jefferson and Gallatin rivers at the Missouri Headwaters. Our float trip with Mike took us to the headwaters.  2) One of the over 300 "hot water" features in Yellowstone.  Yellowstone has more geysers, mud pots and hot springs that the rest of the world combined!

We were delayed on our trip home by a one car accident on the upper loop of Yellowstone.

This motorhome looks a bit different than when new.  We did not hear of any injuries. 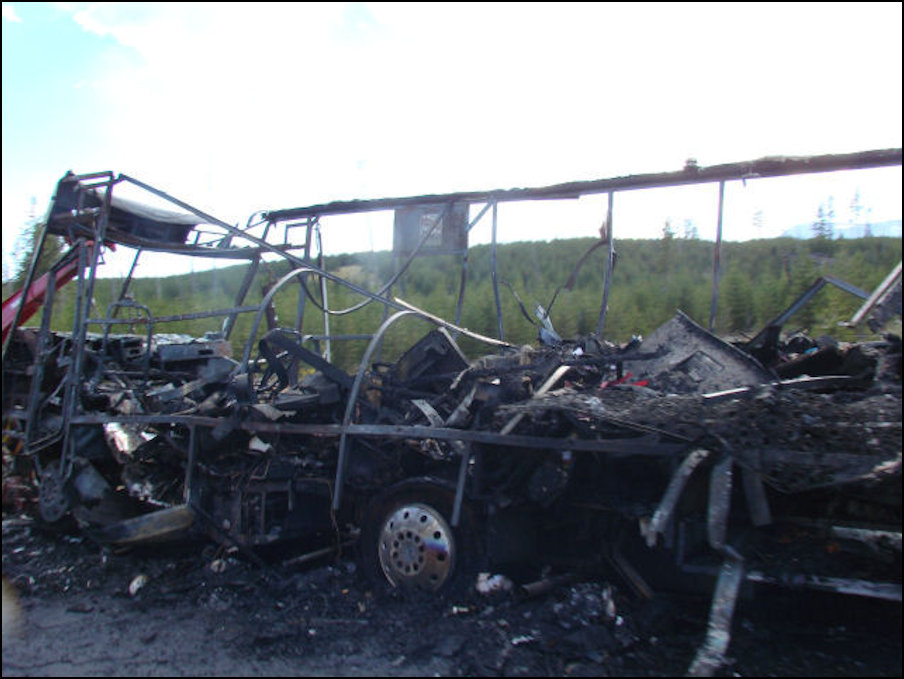 On our first day we recreated our honeymoon raft trip, from Jackson Dam to Pacific Creek Landing.  It is a gentle five mile drift which treated us to bald and golden eagles. We left the motorhome at the Dam and took off with no planned way of getting back to the dam.  Along the way, we met Gus on the river and he said he could get us back to the dam.

Ellen spotted and got photos of the bald eagles that make their home along the Snake.

This Golden Eagle while not as colorful as the Bald Eagle, is much larger.  At first glance, he just looked like part of the stump. 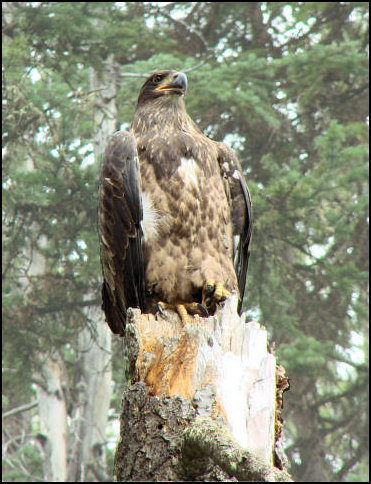 The Bison roam along the road in the Grand Teton park.

On trip two from Pacific Creek to Dead Man Bar, we enjoyed an eight mile float with slightly faster currents. This time Pete drove the Mothership to the Dead Man Bar and managed to hitch a ride back to Pacific Creek from "Diane".

1) We camped at Colter Bay RV Park with hookups.  2) We met Bill (in the back) and his friends on this trip.  Bill and his wife Joanne (not in the boat) have lead white water trips for 15 years.

The Tetons reflect off of Jackson Lake. 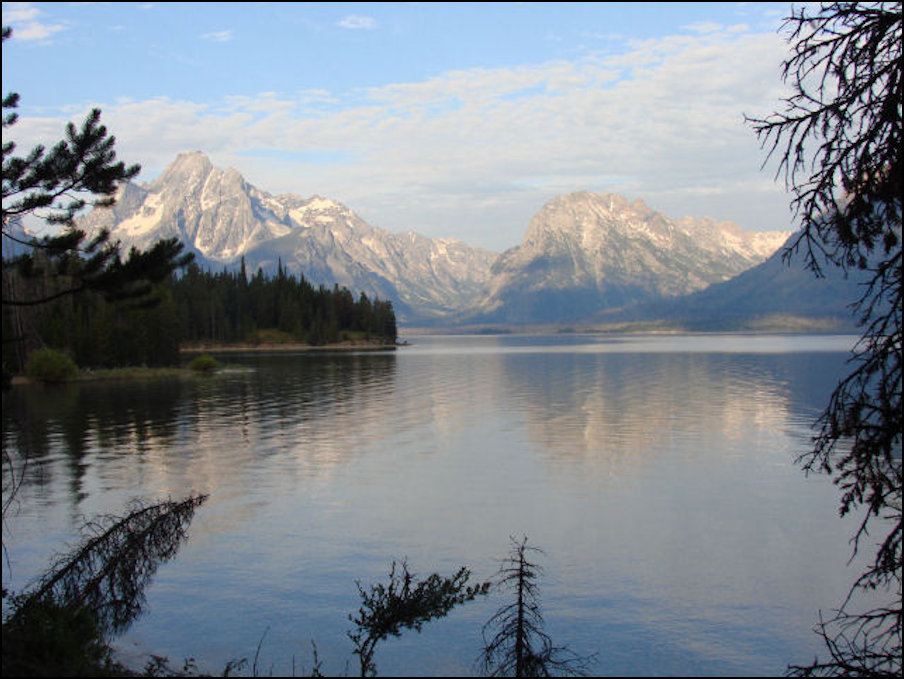 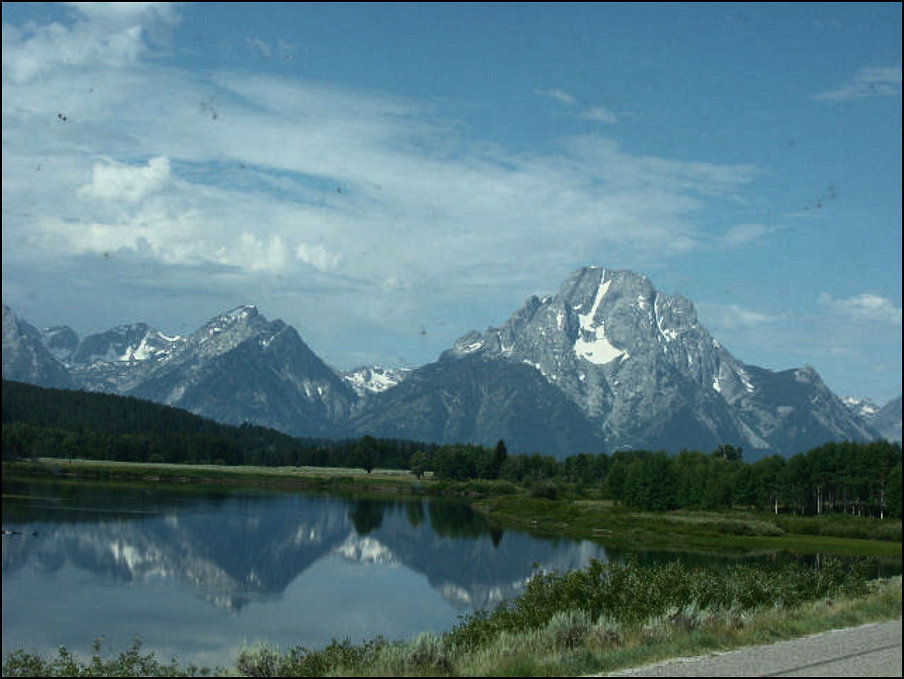 The lady, Diane, who gave Pete a ride asked how long we would be in Jackson.  Pete said that we had no reservations and would have to move on after the float. Diane offered her house in Jackson to park the motorhome.  We stayed two days at Diane's nine acres bordering the Grand Teton National Park, wow!

Our parking site at Diane's house with the Tetons in the background.  The house you see on the left is actually one of two 1500 square foot garages on Diane's house.

1) Diane's house is just across the road from the Jackson International Airport.  The jet is Air Force II.  V.P. Dick Cheney was in town to fish on the Snake River.  2) From this view you can see Diane's 11,000 square foot house which includes two four car garages and a 1,500 square foot basement "apartment".  And yet it has a cozy, mountain feel inside. Diane and her mother Nevada are as generous and hospitable as anyone we have met.

On trip three, the same day, we started from Dead Man Bar and kayaked to Moose, WY.  This eight mile section had some Class I water and was quite fun. Bill, as a teacher would, gave us lots of tips on kayaking.

Our fourth trip was the best.  This trip was on the Snake River from West Table to Pine Bar, again about eight miles.  Bill and his wife Joanne lead us through these Class I, I and III waters.  Ellen rode in the raft with Bill while Joanne and Pete kayaked.  The wave trains were high enough to make you disappear. 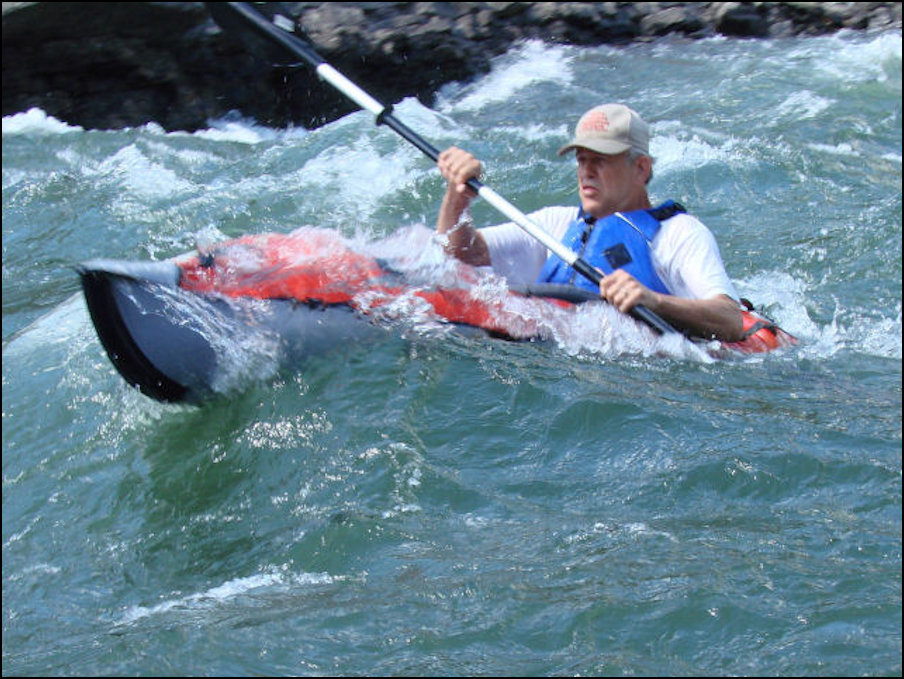 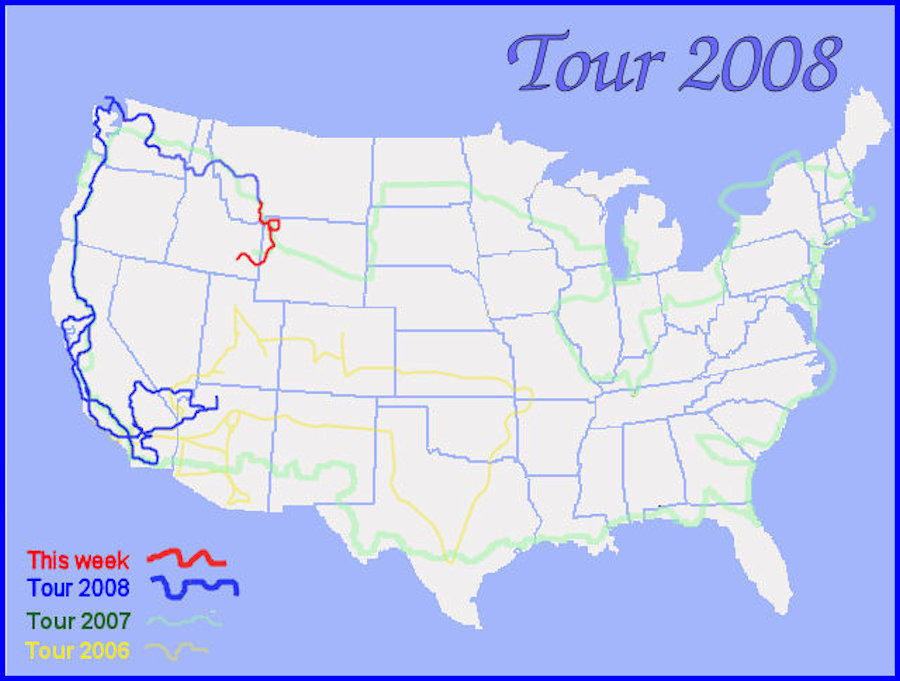 We are headed to the Salt Lake City area and toward St. George and Zion National Park.

What an amazing week of meeting wonderful people. God has blessed us with those that we meet as we travel. To God be the Glory! 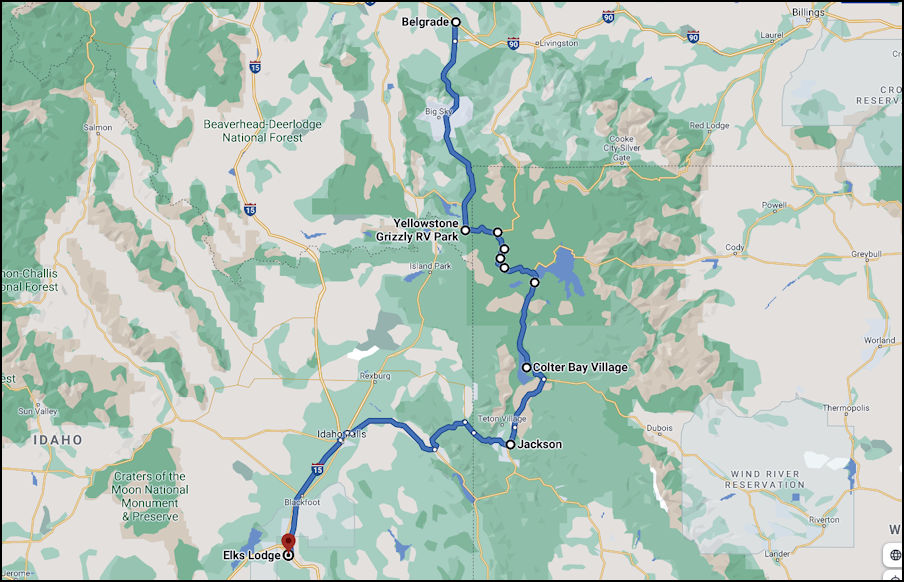