We left our friends, Ed and Sheryl, near Seattle and headed south to Oregon.  Our first 48 hours in Oregon was wind and rain.  However, we stayed at the beautiful Pacific Shores RV Resort right on the ocean in Newport, Oregon.  Our RV friends, John and Gloria, allowed us to stay in their site at the park.  Unfortunately John and Gloria were at their new home in Winter Haven, Florida.   They spend half the year at each location.  We did enjoy the beautiful views from their site.  Thank you, John and Gloria. 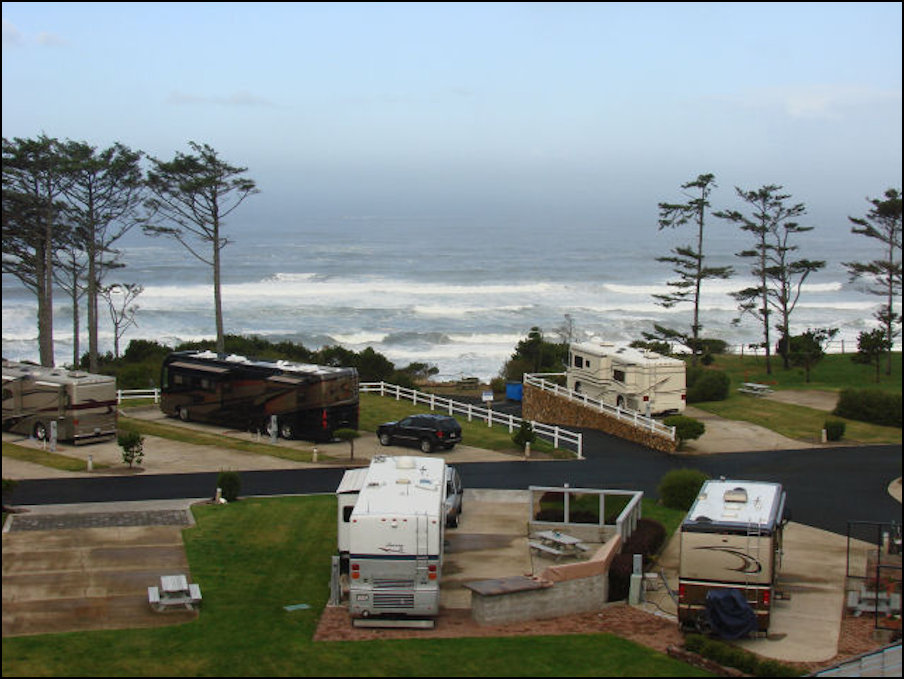 This lighthouse was another view from the RV park. 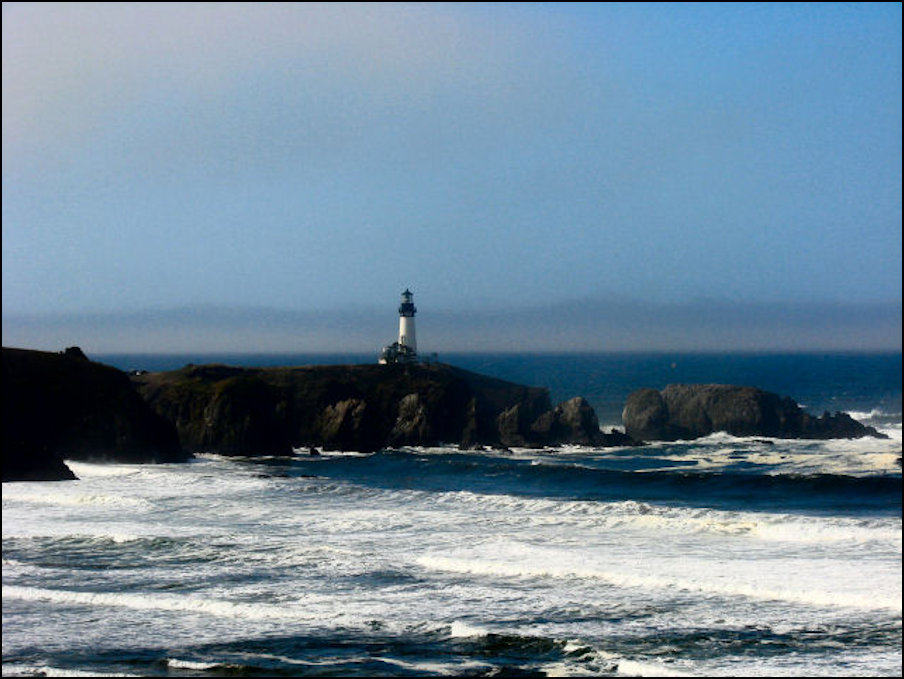 The waves are pretty wild this time of the year. 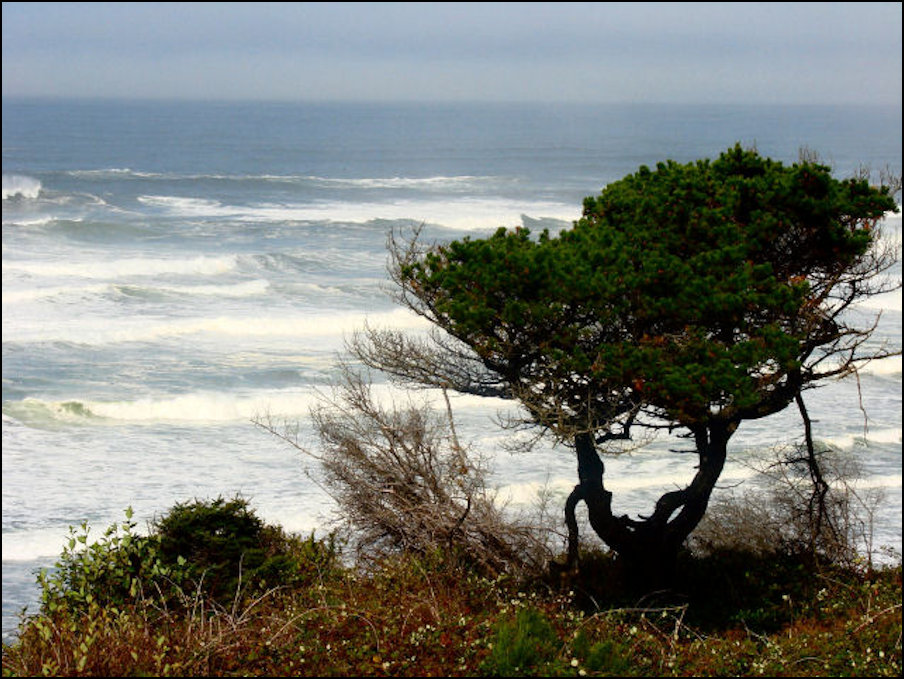 This park is gorgeous and has both indoor and outdoor pools and spas.  The indoor pool has an incredible view of the Pacific Ocean. 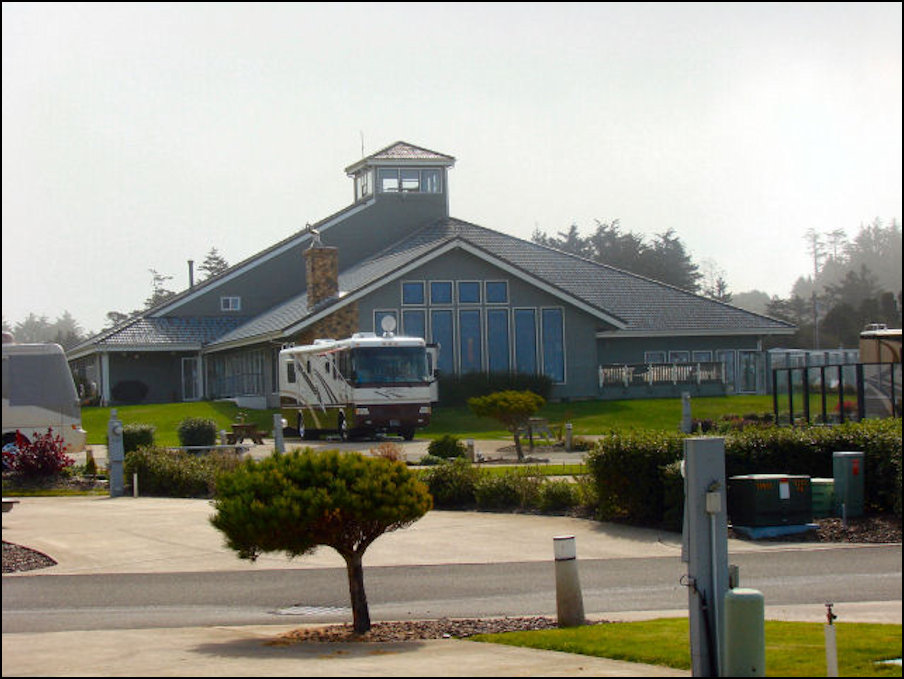 The week would not be complete without Ellen's beautiful sunset photo. 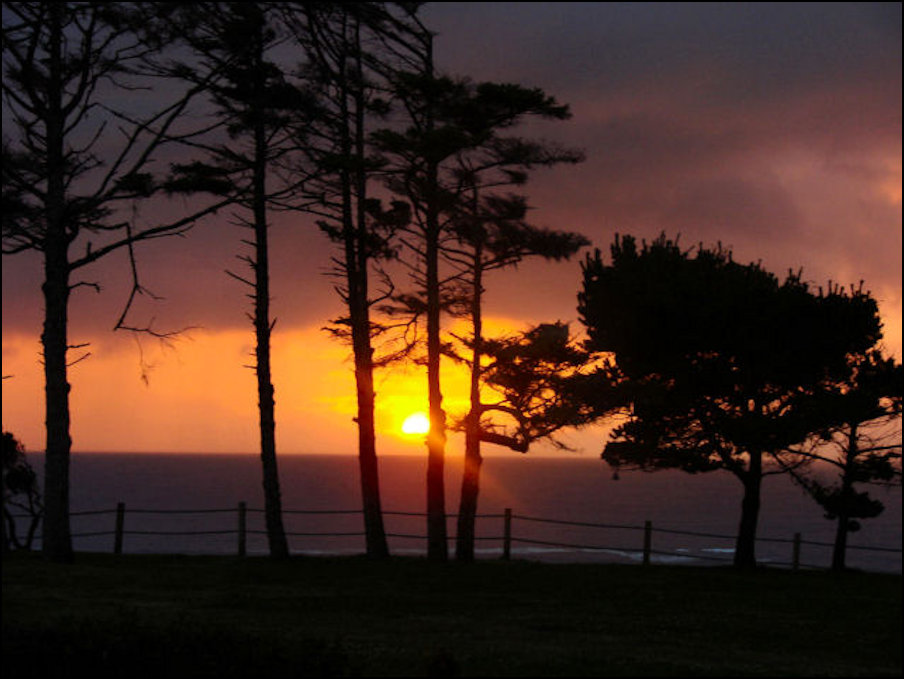 After five days in Newport, we headed to the Harrisburg/Coburg area to visit the Monaco headquarters.  We took a 2 hour tour of the manufacturing facility.  It is amazing to watch the building of a motorhome.  They start with nothing, build a chassis and add the coach.  If you every wonder why these vehicles cost so much, just take a tour.  And then you might wonder why they cost so little.  It takes around 12 weeks to build a coach. 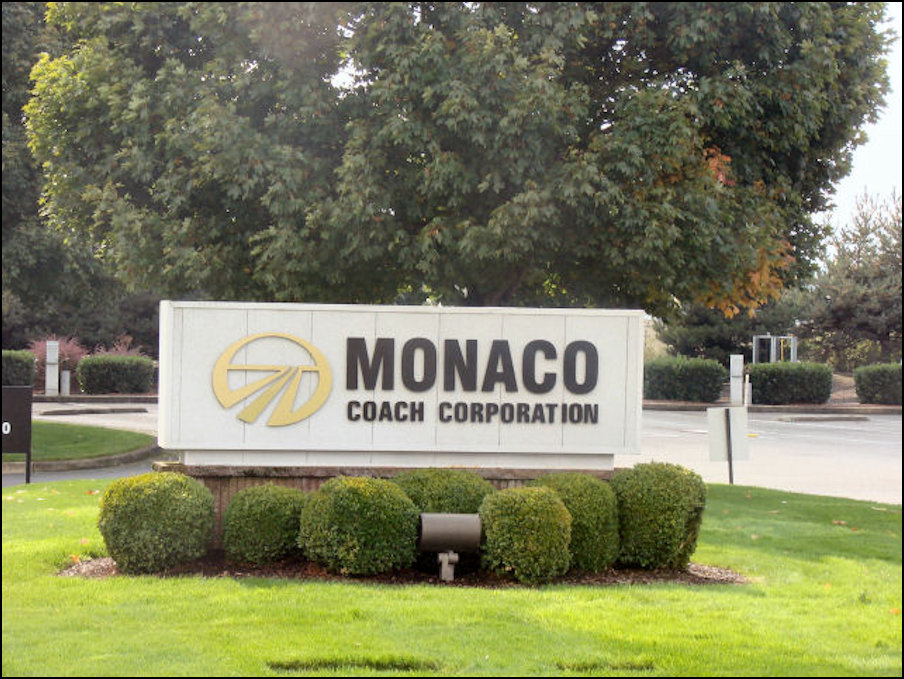 The sky above the Harrisburg, Oregon service facility. 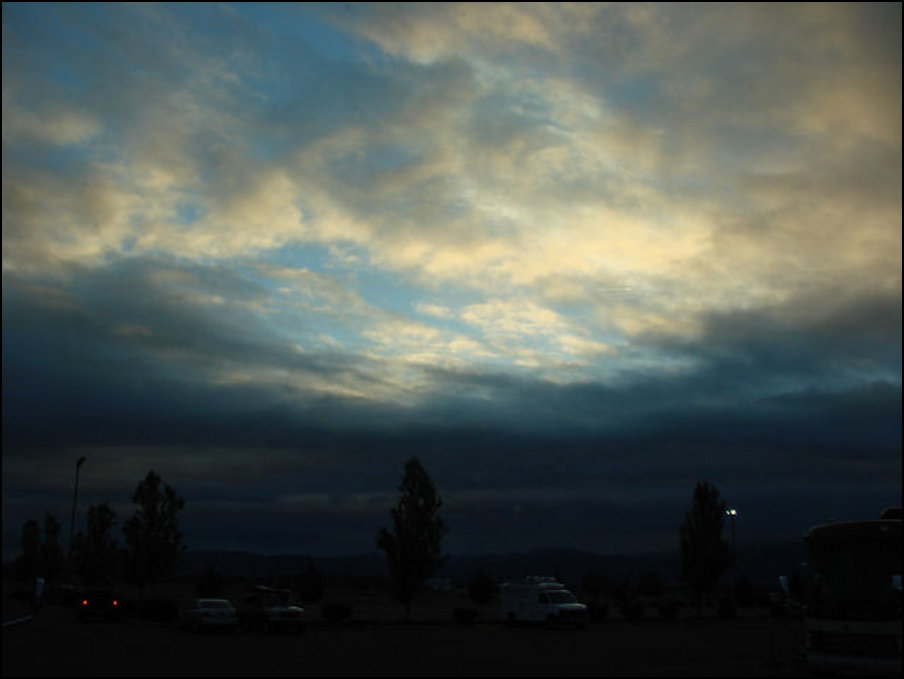 Once again, Ben and Sid , became our next door RV neighbors in Harrisburg. 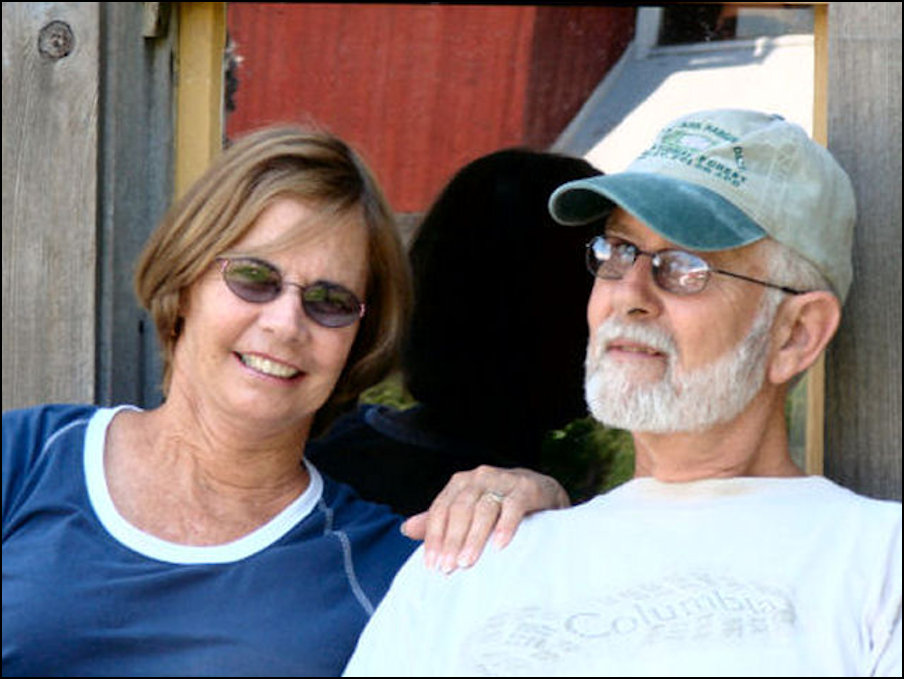 As shown by the gray-shaded states below, we have now visited at least a little bit of each of the lower 48 states of the USA. 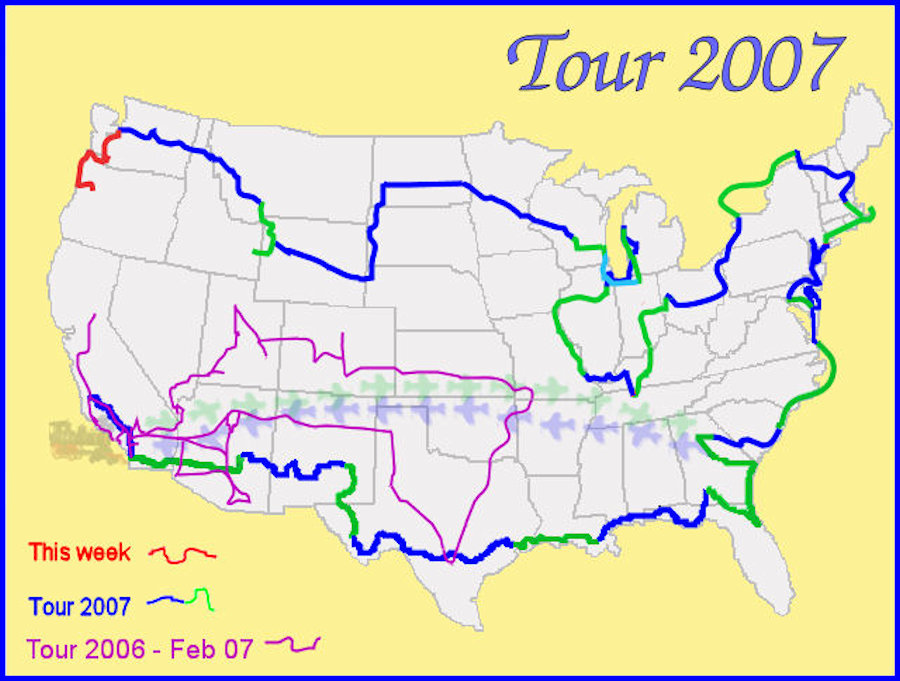 So what's left after you have seen all the states?  Well, now you take the time to REALLY see them.  Since April of 2006 we have spent 39 days in the warmth of Arizona and less than four hours passing through Iowa.  We have seen beautiful areas in every state as well as run down areas.  And God has blessed with meeting dozens of new friends, some that we surely meet again.  Now that we have a feeling for each state we are better equipped to determine the areas to visit in depth.

But first we have to return to California for Thanksgiving and Christmas.  We are in Harrisburg, on the Monaco service center waiting list.  Once we have a couple of repairs we will head toward California.

See you next week, 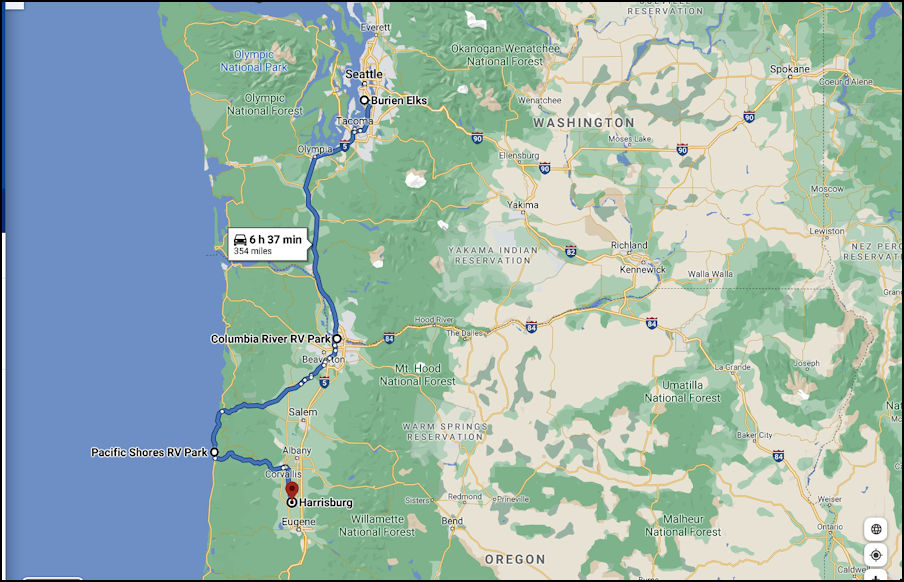